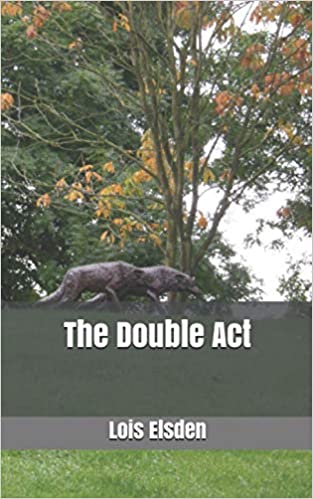 The other side of love

My novels, The Easthope stories by LoisJuly 1, 2021

I’ve been reminding everyone that all my novels are available as paperbacks. When I first started self-publishing, I had them as eBooks, but now every one is also an actual hold-in-your-hands book! I’ve mentioned the first four, which were very different from each other:

Many, many years ago, I had the idea of a story about a group of friends, close since childhood. It was unformed and various strands just swirled about, and then I had the idea of a new couple coming into the group, and how that might affect them. This evolved into ‘The Double Act‘, subtitled ‘Don’t think ‘The Double Act’ is a romance, this may be a love story… but the other side of love is dark love.’

When I began to write, I told the story from the point of view of one of the women who in many ways seems less of a ‘character’, she’s quiet, and described as mouse-like – but of course things change! There’s another person, one of the new people who seems very different, and yet his real personality is concealed. I guess it’s the idea of truthfulness among friends, and how there are secrets even within a very close set of people, and how someone new coming in can change everything. Of course, being fiction, there are anonymous letters, vandalism escalating into a murderous attack on one of the group, a disappearance with only blood and an amputated finger left at the scene of the possible abduction… characters change, the seemingly stronger are shown as weak, the gentle have a core of steel, what seems genuine is false… and who is responsible?!

Easthope is a quiet, slightly old-fashioned seaside town; nothing ever seems to happen, and Genet McCauley and her friends lead lives almost unchanged since they left school. Genet, married to mercurial Lance and running their small hotel, sometimes feels trapped and often feels bored, but she loves Lance and in most ways is content. Their friends call them the great double act; Genet without Lance? Lance without Genet? Impossible!
But then the McCauleys take on new tenants in a bungalow they own; is it a coincidence that as the enigmatic Dr Herrick and his disabled wife arrive in the small town, a series of acts of vandalism and arson is committed? At first they are, small, petty events, which seem to centre on the group of friends; however, before long they escalate to violence and attempted murder.
When the Herricks come to Easthope, Genet’s life and that of those closest to her, changes for ever. Don’t think ‘The Double Act’ is a romance, this may be a love story… but the other side of love is dark love.

All my Radwinter novels, all seven are available as paperbacks and as eBooks, as will #8, as yet untitled.