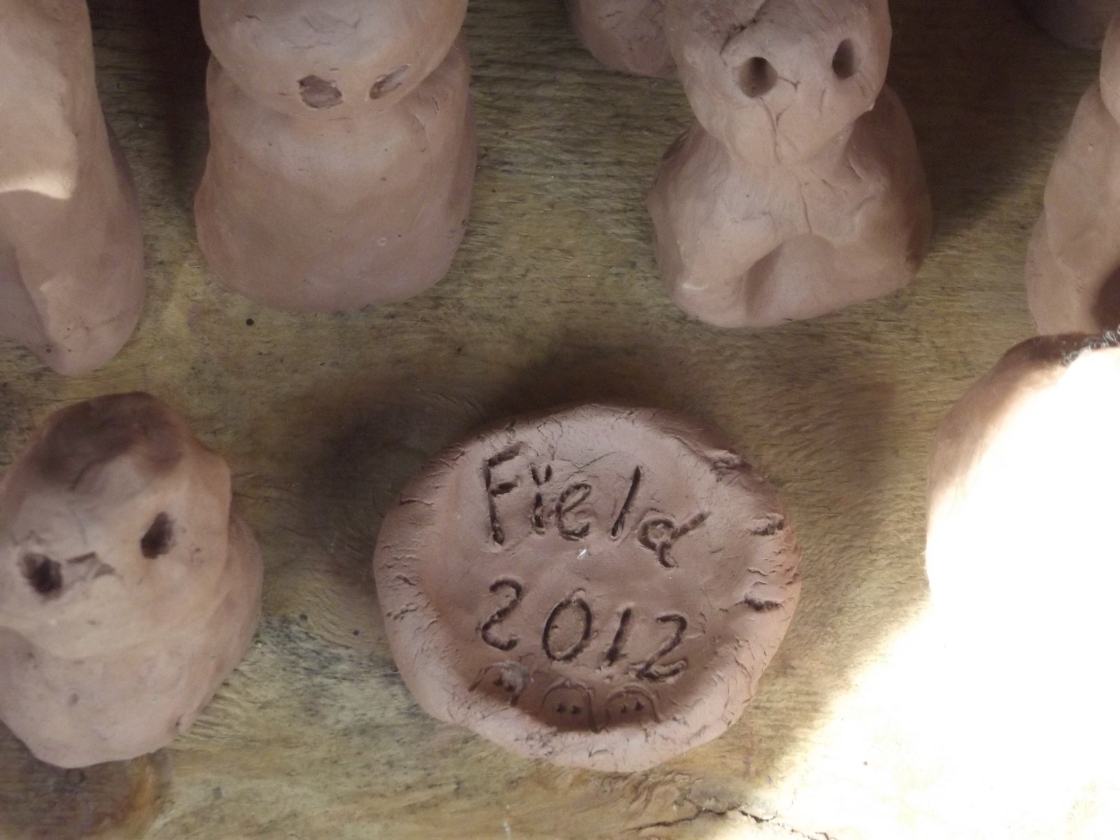 Here’s looking at you, and you – and you!

Antony Gormley is one of my favourite sculptors, probably best known for his Angel Of The North, a massive statue at Gateshead in the north-east of England. It is a massive figure measuring 66 ft  tall, with wings measuring 177 ft across. Other pieces which have had an international display is Event Horizon  a huge sculpture installation of 31  full size male bodies, 27 constructed of fiberglass and four of cast iron, and all of them  cast from Gormley’s own body. These were originally displayed on prominent buildings in London  they then moved to New York, and are now in Sao Paulo, Brazil.

One exhibition I really wanted to see was Field, of which Gormley writes:

From the beginning I was trying to make something as direct as possible with clay: the earth. I wanted to work with people and to make a work about our collective future and our responsibility for it. I wanted the art to look back at us, its makers (and later viewers), as if we were responsible – responsible for the world that it and we were in. I have made it with help 5 times in different parts of the world.
The most recent is from Guangzhou, China, and was exhibited in Guangzhou, Beijing, Shanghai and Chongqing in 2003. It is made from 125 tonnes of clay energised by fire, sensitised by touch and made conscious by being given eyes. The 200,000 body-surrogates completely occupy the space in which they are installed, taking the form of the building and excluding us, but allowing visual access.
It is always seen from a single threshold. The dimensions of the viewing area are equivalent to no less than one sixth of the total floor area of the piece. This viewing area is completely empty. The viewer then mediates between the occupied and unoccupied areas of a given building. I like the idea of the physical area occupied being put at the service of the imaginative space of the witness.
http://www.antonygormley.com/sculpture/item-view/id/245

In my last post I mentioned that we had been to Barrington Court; there were two main reasons for going, one was that there was a chutney festival going on over the weekend  Chutfest it was called! As well as chutneys there were home-made jams, marmalades, honey, baked goods and wine… so we just had to go! The other reason was this…We approached an old farm building which had been used for keeping calves: 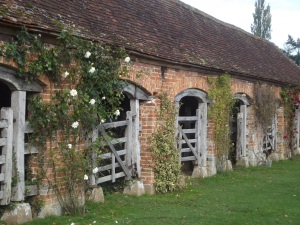 We peeped through a doorway: 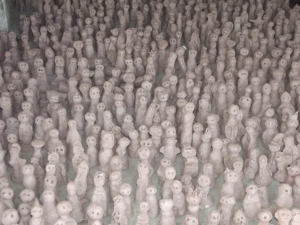 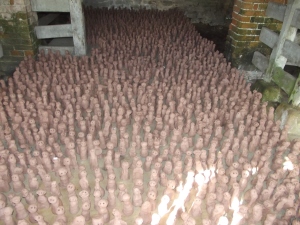 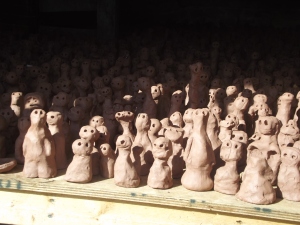 We went into another part of the old building: