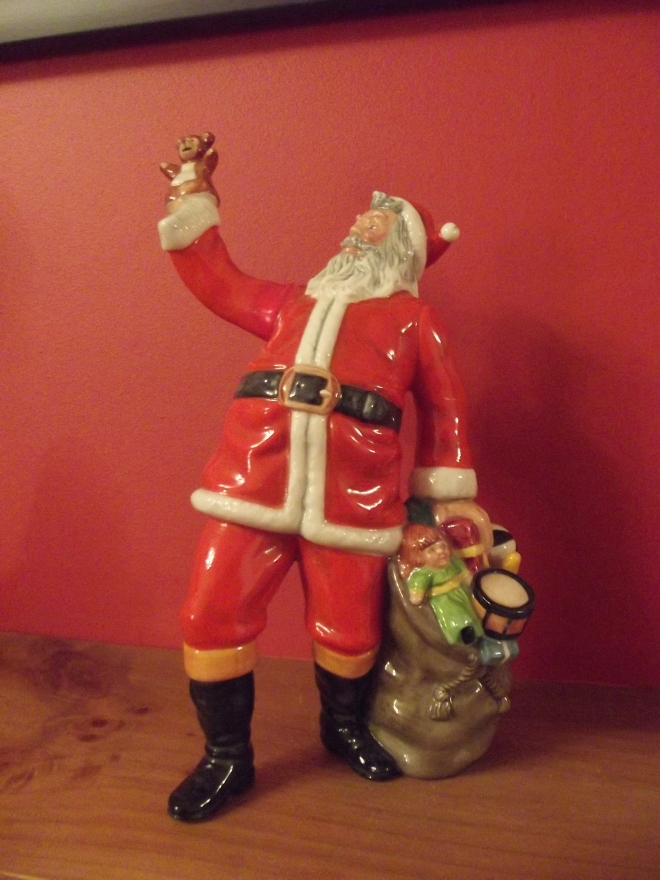 Listening to Desert Island Discs this morning, the ‘castaway’ was the comedienne, Miranda Hart and she was talking about her family Christmas. her family likes a really traditional Christmas which follows the same pattern from year to year, including the Christmas menu and who does what to help prepare it. She said one of her jobs was making bread sauce. Now I always thought my family had a traditional Christmas, but we’ve never ever had bread sauce, it just does not feature on what we’ve ever eaten on Christmas day.

Now as far as I can tell, bread sauce is made with old white bread with the crusts removed, which is seeped in milk with a raw onion, and then the whole thing is eventually boiled up to properly take on the flavours of the added seasoning (salt, pepper and nutmeg I believe) then the onion is removed (or maybe not) the whole thing whizzed up to make a smooth sauce which is served with the festive meat, chicken or turkey, or whatever. I have to say, that although many people rave about it and say it is the must-have item on Christmas Day, it does not appeal to me at all… although never having tried it I can’t honestly say.

A little while ago there was a crossword clue about a Spanish sauce made of bread and olive oil, which I had heard of but had to look up. Romesco sauce is made from bread and olive oil but a lot of other ingredients too including tomatoes, peppers, almonds and garlic; I’m not sure the texture appeals, but who knows…

So… bread sauce…. I think on the whole, no thanks!!

Articles about language, history, culture, art and Greece in general.