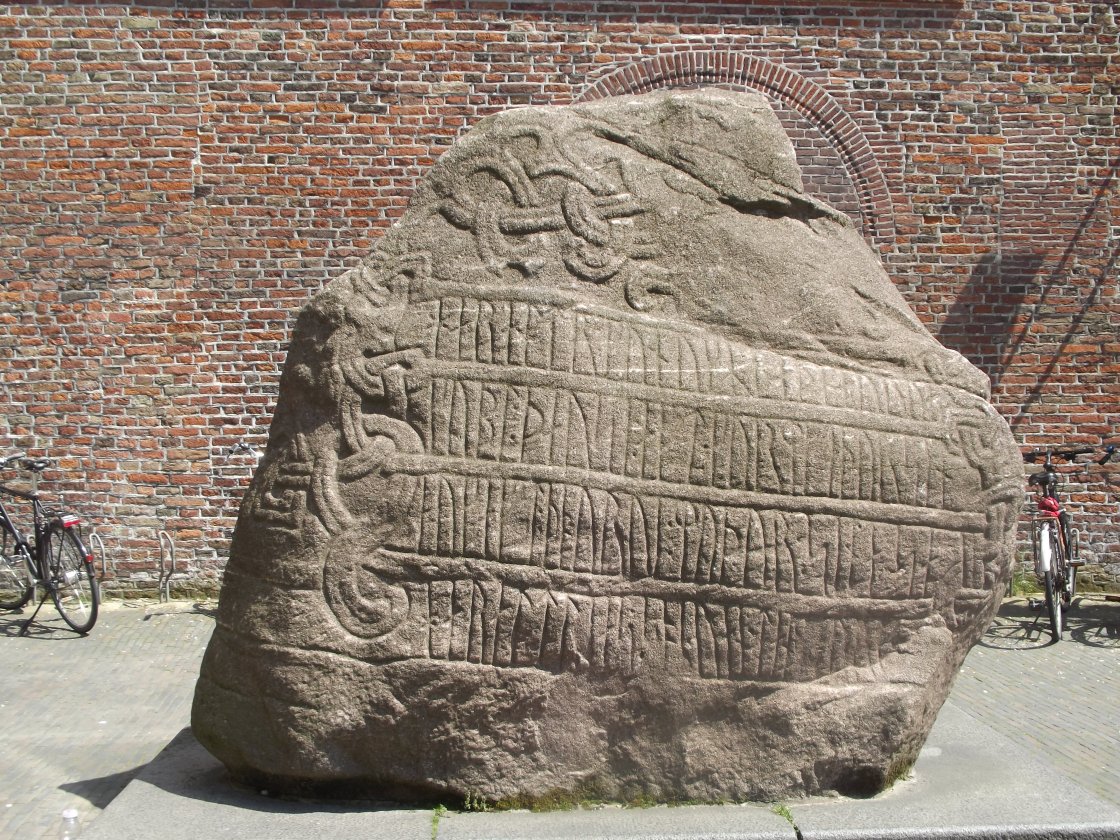 We visited Utrecht last summer, and what a beautiful place it is. We looked round the city and visited the cathedral and I saw this stone covered in runes; as I am interested in runes and the Vikings who used them, I was fascinated and took this photo. Unfortunately on my return home I couldn’t remember what the runes said, nor what it’s significance was.

This big stone is a copy of a Jelling stone; Jelling is a place in central Denmark where the Danish kings held sway. There are stone monuments there and burial grounds too… it sounds a fascinating place. One of the stones in Jelling was erected by King Gorm in memory of his wife Thyra, another was put up by his son, the more famous Harold Bluetooth not just in memory of his parents but also to celebrate his own achievements which included accepting Christianity as his religion and putting aside the Viking gods.

The copy of the original stone which is in the Domplein, the  precinct of the Domkerk, St. Martin’s Cathedral in Utrecht was put there in 1936 to celebrate the three hundredth anniversary of the University of Utrecht. 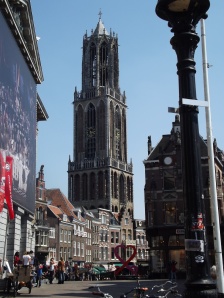