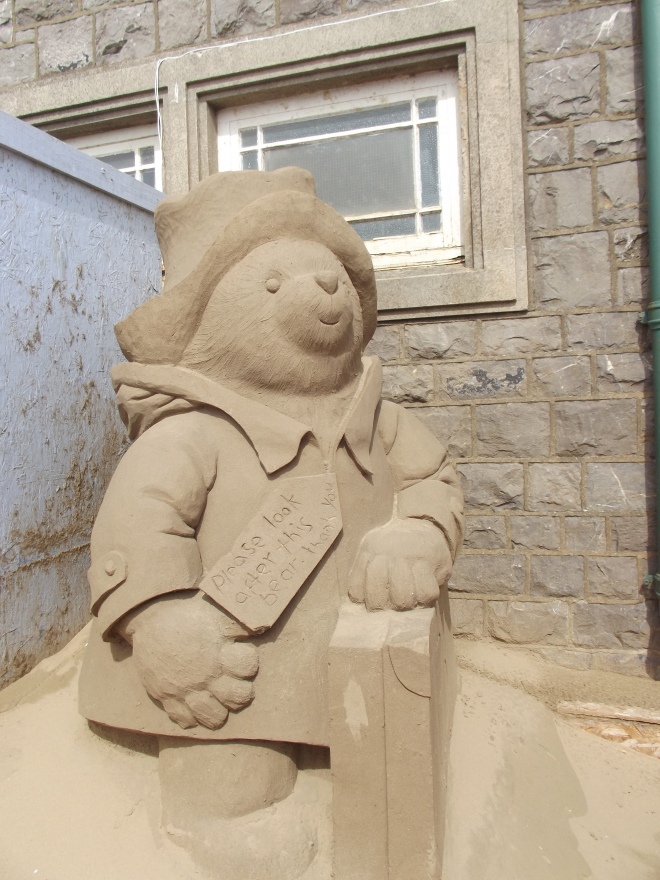 It was our English conversation class today, and although we had fun we were a little sad because two dear friends among our students were returning home to their own country. They are such a lovely couple, funny, warm, friendly, generous… we shall miss them!

When it was coffee time there were cakes and photos being taken and lots of chatting – all in English which is brilliant. I was in the kitchen sorting out the coffee… and we were in a bit of a muddle because the water wasn’t heating up. Judith arrived late as she’d had an appointment then she had gone straight into the office to get a couple of inscribed mugs as a goodbye present and put them in a gift bag.While in the office she took her purse out to pay someone… She returned to the hall and suggested that we went to join the gang as group photos were now being taken.

Back in the kitchen she realised she hadn’t got her purse… oh calamity! I suggested she went back to the office… which she did… no purse… I went with her and we searched again, looking down the back of cupboards, under tables, in bins and boxes… no purse. Soon everyone was looking everywhere, even where she hadn’t been, just in case… no purse…

Feeling upset and annoyed Judith went home; she would have to cancel her credit cards… We continued to search but without any luck.

Back at home, Judith got a phone call… the purse had been found! When she bought the mugs, she had put her purse in the gift bag as well!