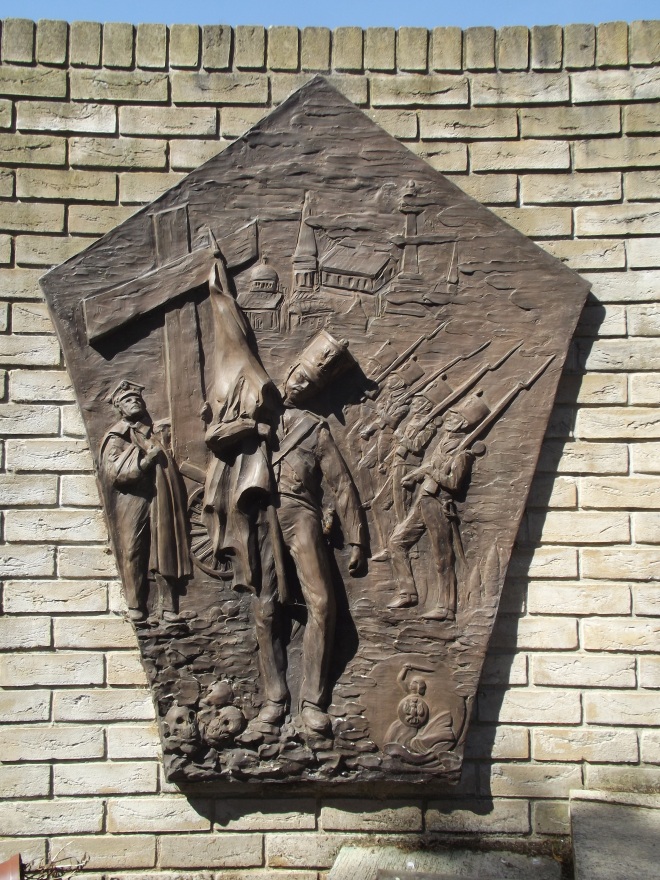 Visiting Portsmouth this weekend will be busy, meeting old friends, having lunch with cousins I’ve not seen for a while, enjoying the city… But I don’t think we will have time to revisit the Polish memorial at the city cemetery. This is what I wrote about it:

There has been conflict in Eastern Europe for many, many centuries; just as now, there has been turmoil and war in the area of Ukraine, Poland, Russia and Germany… In the 1830’s there had been an uprising against the brutal Tsarist rule in Poland, and there was a showdown between the Russian and Polish forces in Warsaw. Thousands of Polish soldiers, or soldiers who had been in the Polish army which included men from what is now the Ukraine, fled and through various routes and traumatic experiences, they ended up in Gdansk. Gdansk was then in Prussia, and as you may imagine the authorities weren’t exactly keen on having these men, the broken remains of a desperate army which had fought almost to death for freedom.

The soldiers were offered a choice of Siberia, Morocco or the United States, and as you may imagine, many of them chose to sail west. Hundreds were put onto ships, including two ships the Union and the Marianne. The Marianne carried 221 exiles but terrible weather in the English Channel forced the ship to pull into Portsmouth. The Union anchored in Harwich.

The Polish soldiers disembarked from the ship… and when the weather improved, they refused to re-embark. The citizens of Portsmouth opened their arms to the poor exiles and welcomed them into the city, supporting and aiding them in their poverty and desperation. The local magistrates took a dim view of this; however the kindness and charity of the Portsmouth folk won the day and the soldiers remained in the island city. 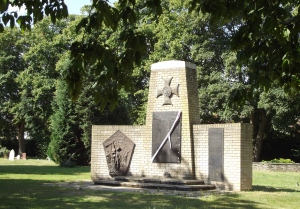 The new memorial to the Polish soldiers, unveiled and dedicated in 2004. You can visit it in the Kingston Cemetery in Portsmouth. 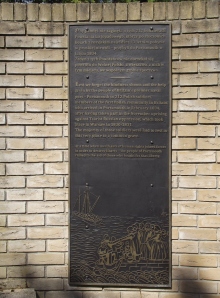 Lest we forget the kindness shown and the help
given by the people of Britain’s premier naval
port – Portsmouth to 212 Polish soldiers, members
of the first Polish community in Britain, who
arrived in Portsmouth in February 1834, after
having taken part in the November uprising
against Tzarist Russian oppression, which took
place in Warsaw in 1830 – 1831.
The majority of those soldiers were laid to rest
in this very place in a common grave.

At a time when merchants of human rights joined forces
in order to destroy liberty – the people of Portsmouth
rallied to the aid of those, who fought for that liberty. 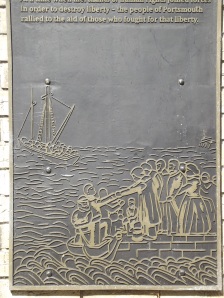 I discovered this story while researching my story Radwinter; if you want to know why the Marianne was so important in the story of the Radwinter family, read my book!

To find out more about this memorial and the remarkable story behind it, follow this link: 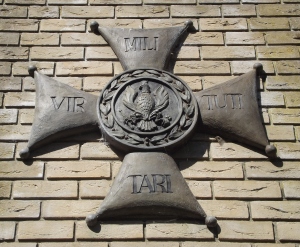