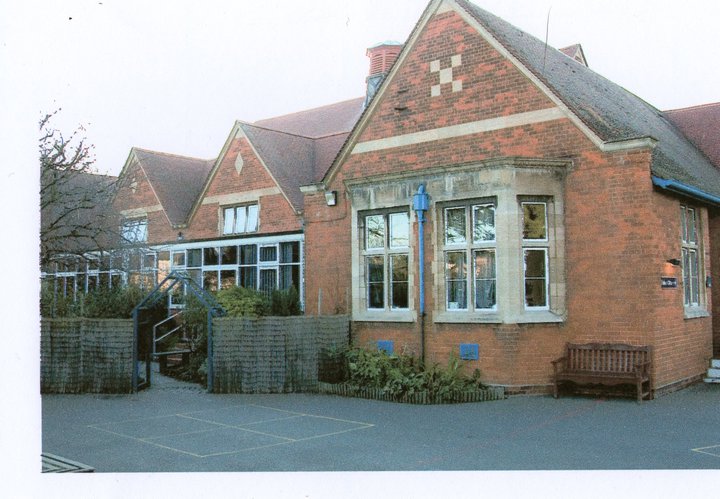 We live almost next door to a junior school, so at particular times of the day we can hear the children; first thing there is a jabber of noise as they wait to go into school, mid morning there is playtime when they shriek like demented things, sometimes there is the sound of singing, then lunchtime with more demented bellows, screams and uproar, playtime in the afternoon, then the hubbub of the kids being met and greeted by parents and grandparents.

There are other things we notice about living so near to the school; the roads clogged with traffic at the start and end of the day, our little streets full of teachers and staff’s parked cars throughout the day, and pedestrian parents with their children, walking them to school and home.

At this time of year in September, it must be an exciting or anxious time for the children – some entering school for the first time, all of them moving into different classes, some with different teachers, new children arriving from other places, and those who are now the oldest suddenly realising they are top of the school – which can give them a feeling of superiority, or maybe with any luck responsibility, but it might also be the start of a sense that they will be moving on, out of their comfort zone, and into ‘big’ school in a year’s time.

I lived less than a mile from my junior school, and there were lots of children on my road going the same way every morning and afternoon; we went home for lunch, so there was lots of backwards and forwards – no car to give us a lift, and we weren’t allowed to go on our bikes. There was a lollipop man, Mr Bailey who would safely see us across the main road, although the traffic was negligible compared to today. Maybe my memory has blurred because I don’t remember all the mindless screaming and shouting that I hear every day now. We played a lot of games, and milled about, and the teachers or supervisors were quite strict so maybe we weren’t allowed to roar as our neighbouring children do.

At this time of year, the main playground activity was conkers, horse chestnuts on strings which you battled against others with. There were lots of running around games such as tig and stringer, and ball games with tennis balls – and maybe at the other end of the playground the boys used to kick a football about – some of us girls joined in but we weren’t very welcome. There were clapping games and hopping games and dancing games – plus new crazes such as American skipping. We used to skip with ropes, either individually or with a long rope between two people who turned it, but American skipping involved a long piece of elastic tied at the ends to form a loop; two of us would stand with the loop round our ankles, a yard or so apart, and the others would hop and lit the elastic back and forwards over the either side… I haven’t explained this very well, and I can’t find any videos of it, but I seem to remember it was fun!