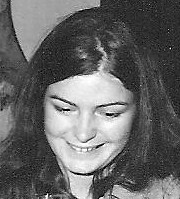 Are my heroines me?

The Easthope stories, The Radwinter series, Unfinished and unpublished novels by LoisSeptember 25, 2016September 14, 2018

I’m thinking of pulling together and publishing a guide I wrote to writing – originally for my students when I was teaching and preparing them for their exams, and more recently for my adult friends in my creative writing groups.

As well my little guide to writing, I am thinking of including some of the posts I have made here on WordPress about writing, and my personal writing.

This is one of the posts I think might be interesting to include:

Are my heroines me?

Sometimes people ask if the main character in my novels is based on me… well no; I might wish I were like some of them, as brave and as fearless, but others of them put up with situations I wouldn’t tolerate. None of them look like me, although some have dark hair as I do, and I’m not really sure I would like to look like them either, even though they are mostly taller and slimmer than I am!

The title of this post is ‘Are my heroines me?’ but the person who I write about who is most like me isn’t a heroine at all… he’s a hero – a male character. Just looking at his character, nothing at all to do with gender, Thomas Radwinter really is the most similar to me of all my ‘leads’… so I shall include him on my list:

11. Thomas Radwinter in Radwinter, Magick, Raddy and Syl, Beyond Hope and Earthquake (unpublished): Thomas is fat, ginger, bearded, and a man – so in that sense he is not at all like me! However he has different sides to his character, unbelievably shy and lacking in confidence  (an aspect of myself when I was much younger); he is absent-minded and gets in muddles, but actually through a natural wit and good luck, he succeeds in the end. He’s often laughed at which he works to his own advantage, and is much tougher than anyone would guess. People do tend to underestimate me, and think because I am so forgetful and get in muddles, that I won’t or can’t achieve my purpose. Well, like Thomas, in my muddly way, I do usually get where I want to be and I hope like Thomas I’m loving and kind and generous.