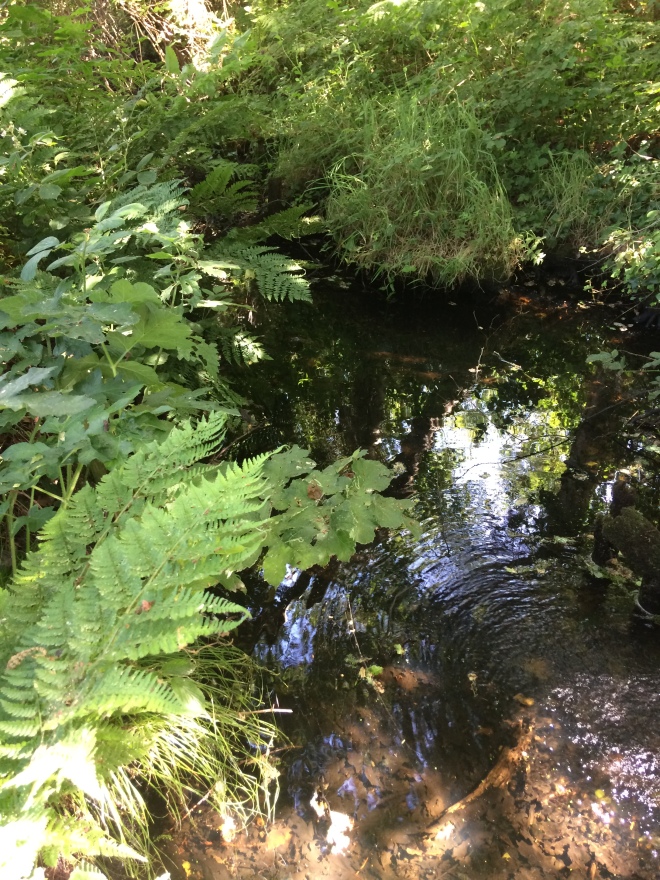 A good book drowning in back story

Even though I have book club books to read, I took time away from my “homework” and read an author I’d not come across before in my favourite genre. crime and police procedurals. The book had a promising title, ‘The Girl in the Moss’ and the author had an intriguing name, Loreth Anne White. I’ve never heard the name Loreth before, and in fact it is really, really unusual! I found a statistic which said it had only been found as a first name eighteen times, and only in Venezuela and the USA, although as a surname it was found nearly two hundred and fifty times. Loreth Anne White was once a journalist – a recovering journalist as she describes herself, and now is a novelist living in Canada in the Pacific Northwest.

The story of ‘The Girl in the Moss’ starts with the discovery of human remains, buried under a layer of damp moss in a remote area popular with particular tourists for being a wonderful place to go fly-fishing. Involved in the discovery is an ex-police officer, Angie Pallorino, and her partner on a romantic few days away… some romance! The body is quickly identified as a young woman who went missing decades before while on a similar fly-fishing holiday. An exciting and gripping start to the book by a writer I’d not read previously.

What I hadn’t realised was that this was not a stand-alone book, but the third and concluding story in a series, the other two books being ‘The Drowned Girls’ and ‘The Lullaby Girl’. I think if I had realised I would have started with the first one, because an aspect of the story line in the moss-girl story is Angie’s life and past. This is filled in some detail – it might actually spoil the two earlier stories since various aspects of Angie’s story is explained. As a new reader, I also found the amount of background story slowed the pace of the current one, I wanted to get on with finding out the story of moss-girl, not Angie. If I had already read the two previous novels, then I might have felt even more that i was ploughing through the pages, rather than racing through.

It’s a difficult balance when writing a sequel or series as to how much and how you fill in the background so the reader will understand the situation but won’t have the previous book spoiled by a give-away detail I had never considered this until I found myself writing a second book to follow ‘Radwinter’, and even more so when I wrote a third, and then a fourth, and most recently a fifth and sixth! Because the stories are following the lives of the characters as well as having mysteries to be unravelled, it’s unavoidable that details are included in the later books which might give away a plot twist in a previous one – a couple are now married, .a character has a child, a family moves house, a revealed secret is now a given… it’s unavoidable. However I really do try my hardest not to give away too much or anything which might spoil an earlier book.

I read the Moss-girl story right to the end, and  did want to find out who had committed the crime, but I felt overwhelmed by the back story, and felt it could have been slimmed down by more than a couple of hundred words, more like a couple of thousand words. I’m sorry that I also had another quibble, there was not one, not two but several false ends, which was clever, but I really felt it was being strung out…. I wasn’t exactly bored, but I did want a conclusion. The conclusion itself had been well-flagged in the previous chapters so it was no surprise at all. I guess Ms White wanted to finish her character’s story and not leave the reader dangling wondering did Angie do a certain thing or not, and I guess she wanted to tie up all the loose story-lines – which is important! Nothing more annoying than closing a book and wondering what happened to a certain character or situation. After writing three books, maybe the characters deserved a resolution to their problems… but it just took so long to find them.

I would recommend the story – even with those quibbles, the descriptions of the area are interesting and engaging, and the idea of a long forgotten crime is always intriguing. I would be very interested to know what other people’s opinions are, so if you do read one or all of the stories, let me know your thoughts!

Here is a link to the author’s page: https://www.lorethannewhite.com

… and here is a link to my Radwinter series – do I get the balance right between giving the readers a context and not giving spoilers?