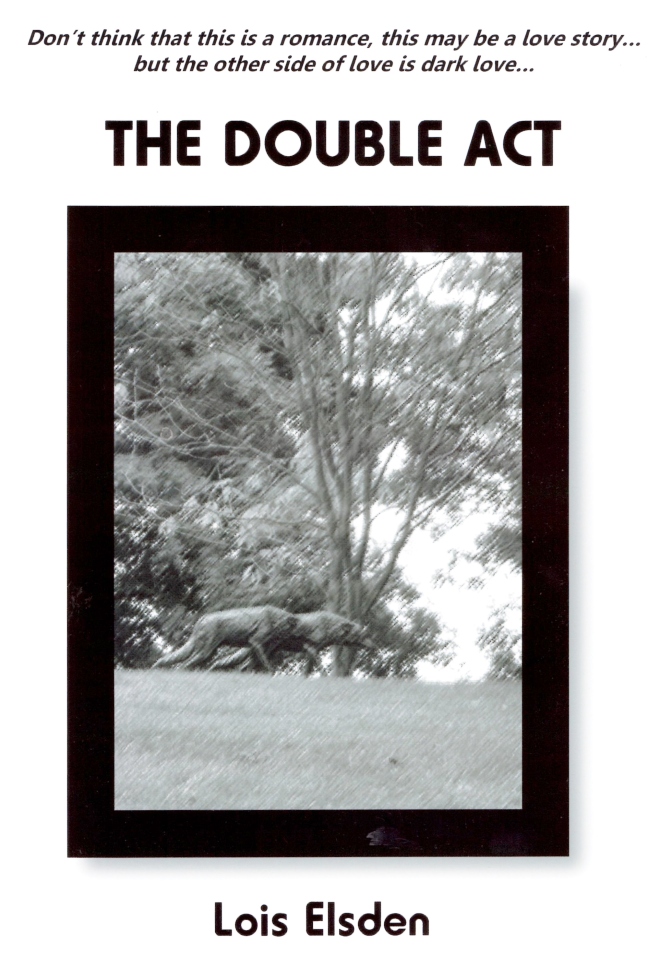 Living so close to the sea – we always say we live four hundred yards from it and four inches above it, we get a lot of mist and fog when inland is clear and bright. Fog occurs in several of my novels, especially those set in my fictional town of Easthope and along its imaginary coastline. This is from ‘The Double Act’ which is subtitled ‘Don’t think that this is a romance, this may be a love story… but the other side of love is dark love…’

In this extract, near the end of the first part, the first half, Genet decides she must speak to Joost, a man who has become the most important person in her life. Her marriage is crumbling as she realises her husband has never been faithful, and her husband himself realises he never can be.

Genet stood on the back doorstep smelling the early morning and the salty milky air. She had a peculiar urge to walk out into the wetness and she gave into it and stepped barefoot onto the terrace and onto the lawn. The fog was so dense she couldn’t see the top floor of the hotel.
Her feet were cold but it was perversely pleasant and she had an urge to lie down on the wet grass. Her skin was cold and droplets had formed on strands of auburn hair hanging down her forehead. She remembered standing by the sea wall with Herrick, shivering and pressing herself against him.
Footsteps crunched down the drive; he was going to the sea. She hurried back to the house and ran into the bedroom. She automatically pulled on jeans then had to change because they wouldn’t do up. She ran out of the hotel and had to follow the hedge and the neighbour’s garden walls, the fog was so dense. She walked along the wire fence of the little park and playground and came to the white walls of the coastguard cottages. She crossed over to the sea wall but could see nothing but the grassy banks leading down to the beach. She followed the wall round until she came to the slope down to the little harbour and the fisherman’s huts.
Through the dense fog came voices.
“Hello,” she called. The bait shop was open and a couple of men sat on the step.
“It’s Genet, isn’t it?” It was Heath’s father, his boat somewhere out in the mist.
“Hello, have you seen someone come down here to swim?” she asked breathlessly.
The two men were wearing waterproofs, two old geezers smoking their pipes and talking fish.
“Yes, he comes every morning. He’s over on the other side, he swims off the end of the point and across the bay to Green Rock. Does it every day. Swims like a fish though I told him not to go out today, too dangerous in this fog,” Heath’s father lit his pipe.
“I don’t think he cared, he looked suicidal. If he doesn’t come back I won’t be surprised,” added the other man gloomily. “One of those moody types if you ask me. What is it, manic depressive is it?” He puffed on his pipe. “First he used to come down he hardly said a word, nodded and that was it. Then we’ve had a sunny couple of months, him whistling as he walked and chatty as anything. Now the last few weeks his face has been as black as sin.”
“Anyway, he leaves his things on the beach over there,” and Heath’s father pointed over his shoulder with his pipe.
“Thanks,” and Genet walked past them, between the huts and clambered over the rocks.
The little bay here was perhaps a few hundred metres wide although she couldn’t see across to the other circling arm of rock. The coastline was like a milkmaid’s yoke, two wide sweeping bays and one smaller one between.
She took off her sandals and walked down to the sea. It was low tide, and the water was still, only very small waves lolloping along the tide mark. She looked out but nothing was visible and her heart was filled with dread. She began to walk along the water’s edge.
She found his footprints where he’d walked across the damp sand and into the water. She followed them back to where he’d left his things and sat down and leaned against a big grey boulder.
The damp gradually impinged and she was cold, really quite cold and she opened his bag. Shorts, sweat shirt, towel. She pulled on his sweat shirt, pulling the neck up over her nose.
A figure was standing on the tideline, rubbing his arms then shaking them loosely as he walked. His head was down in his dispirited, defeated way. He glanced up, did a double take, a slight pause and then walked to her. He stared expressionlessly and she said nothing. His eyes were red from the salt and he was breathing hard. He took his towel and dried himself then wrapped it round his waist and sat, facing her.
“I don’t understand what has changed,” she said, gently, with genuine puzzlement.” I love you and I can see that you still love me.”
He pulled his knees up and rested his head on them. “Well, everything else, has changed.”