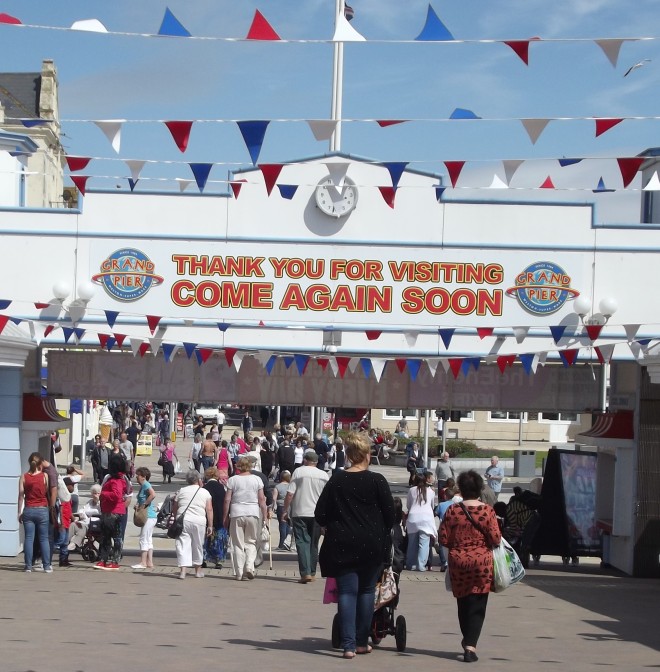 Weston-super-Mare, the town where technically we live since our village of Uphill has been almost subsumed into it – Weston doesn’t have the positive image that some other seaside towns have, undeserved I think because there is so much to like about it. A friend moved here a couple of years ago and she thinks its absolutely brilliant. There are negatives in every place, and I would say that for holidays on a wet day, there options are a bit limited as to how they can entertain themselves, especially if they came by train or coach and are stuck until there transport is scheduled to take them home.

What to do in Weston:

… and lots more. Now if you are staying in Weston and have a car there are loads of possibilities of places to go within fairly easy reach. I had an idea of writing a little book called something like ‘60 miles or 60 minutes… or thereabouts’ which would give ideas of places to go from Weston, using the town as a hub. Some places are obvious, Bath, Wells, Glastonbury, Bristol, south Wales including Cardiff, Carleon and Newport, the Wye Valley, north Devon… But other places are also within reach inside the 60 miles/60 minutes range – Exeter, Lyme Regis, Seaton….

I think I’d want a picture, a few facts, and then some interesting bits and pieces… I must put my mind to it!