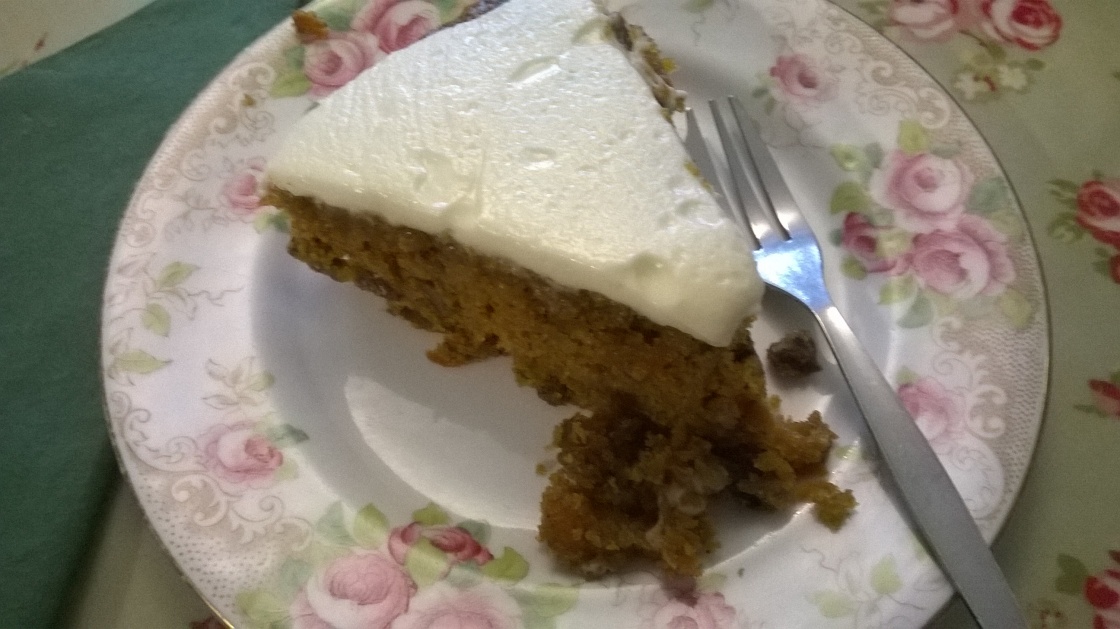 I won’t go over the story again as I’ve shared it so many times here… but years ago I was in a now defunct café in Manchester and had passion cake, which was the most delicious cake I had ever tasted. Ever since then I’ve searched for a recipe and it has become a sort of cake grail for me!

I guessed it was carrot cake, but have never tasted one quite as good – although I have done my absolute best to try as many as possible!! Reasons for not being the cake grail:

I’m on Instagram and have found many new interests including Siberia and mudlarking, I’ve also found and followed many cooks from all over the world who so kindly share their recipes. One in particular is my current favourite and she shared a recipe for carrot cake which sounded so right (apart from a couple of extra and probably personal favourite ingredients – which is what all the best home cooks do!) Next time we have sufficient guests, I am going to make one and first time I do I will follow her recipe to the letter – I can tweak later! I asked her if it was also called passion cake… and yes!!! Yes it was!!! I have found it after all these years and I’m so looking forward to having a go making it.

Here’s a link to her recipe:

My featured image is of carrot cake – but not made by me!