A Song for All Seasons

The next album in my list of ten; I’m going in a sort of date order, a sort of autobiographical musical saunter through my record collection. So Jefferson Airplane – the voice of Grace Slick was a revelation, and as for the music, strong story-lines, lyrics, melody, that’s me! The album I had was Volunteers, it was an LP and we must have nearly worn out its grooves teh number of times we played it. Looking back its like a soundtrack to my student days – I might try and write about those three years one day, and if there was ever a film then this album surely would run through it.

My featured image is of our dear old college, affectionately known as Colcom, as it is now.

These are the tracks: 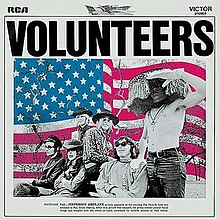