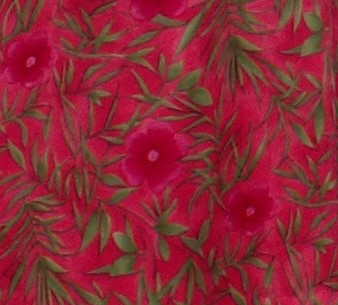 Here is another little excerpt from my next Radwinter novel. Thomas Radwinter is an independent solicitor but also takes on genealogical investigations into clients family history. He’s also asked to investigate other harmless mysteries – although these innocent sounding research projects sometimes lead him into dangerous difficulties. He has a small office above the local fruit and veg shop, and in this new episode in his life he has acquired a clerical assistant, Simon. A woman called Amanda keeps ringing, trying to get in touch with Thomas, and says she went to school with him. Despite his excellent memory, Thomas can’t remember any Amandas. So here we go:

I came back to the office after visiting a client up in Little Bethel and having been treated to a rather nice cream tea as we discussed the sale of a bungalow which had belonged to her parents. They’d moved into a retirement home, and fortunately I didn’t mention anything about them passing away because in their early hundreds they were both still there!
Simon was just packing up to leave but told me they mysterious woman who keeps ringing had rung again. We were just making a few brief notes about work tomorrow when the doorbell rang. Simon answered and I heard a woman’s voice and he mouthed at me “it’s her!” Intrigued, I indicated to tell her to come up and we glanced at each other wondering what she’d be like.
We were rendered speechless when the most stunningly gorgeous woman stepped through the door. Honestly she was breathtaking and if I wasn’t married to the most beautiful woman in the world I would think this lady was. She was Indian but wearing an ordinary business suit, with a slight petrol gleam to the fabric, faintly reflecting the light, and a brilliant pink scarf which perfectly complimented her complexion.
Simon and I must have looked like a couple of gargoyles, our mouths open.
“Thomas!” She exclaimed “how wonderful to see you again! I can’t say ‘oh you haven’t changed’ because of course you have, but I would know you anywhere!” She looked as if she was holding back from embracing me as I struggled to speak. “Of course you won’t remember me, Amanda, we were at school together!”
I managed to stutter a greeting and struggling to get over myself and reply how nice it was to see her again while totally baffled. I have a good memory for names and faces but I couldn’t remember an Amanda. Maybe she was in a different year but the only Amanda I could think of was my cousin’s wife and she wasn’t at school with me and also she definitely wasn’t this gorgeous Indian woman.
“I can see you don’t remember me, no-one ever does, I was such an insignificant little squirt!”
Simon squeaked a laugh because it was impossible to imagine such a thing and I introduced him.
“I was Mandakini at school,“ she said.
And oh my god!!! She was!!! I nearly blurted out that I’d been in love with her when I was a spotty Herbert but luckily I managed to control myself.
I didn’t control my impulse to embrace her and the years fell away and we were gabbling away swapping reminiscences and news in a happy fuzz of nostalgia.
Simon wheeled away and made tea and found biscuits and cake and then regretfully he said goodbye.
We spent a happy while catching up with each other and as usual she was surprised I had a large family and was about to increase. She knew of Kylie through her sister of course – the person who’d mentioned it to her.
“I always knew you would be a success, Thomas, you were so determined and so strong minded!”
Not exactly how I remember the young me.
“You were my knight in shining armour, you protected me from so much and took so many blows for me, I won’t ever be able to thank you!” she said, much to my surprise and with tears in her eyes.
I burbled something because this wasn’t how I remembered school at all. I just remember being in the same tongue tied state as I was now.
I pulled myself together and said that school had been a tough place, but since I moved to Easthope I’d met up with some old school mates and realised that awful though those years had been, some good had come from it in the form of these enduring friendships.
We talked a little more but then it came to why she was here because the nice things she was saying about me, which were obviously memories viewed with the rosiest of rose tinted spectacles, were not why she had wanted to see me.

If you haven’t yet read any of my Radwinter books, here is a link: