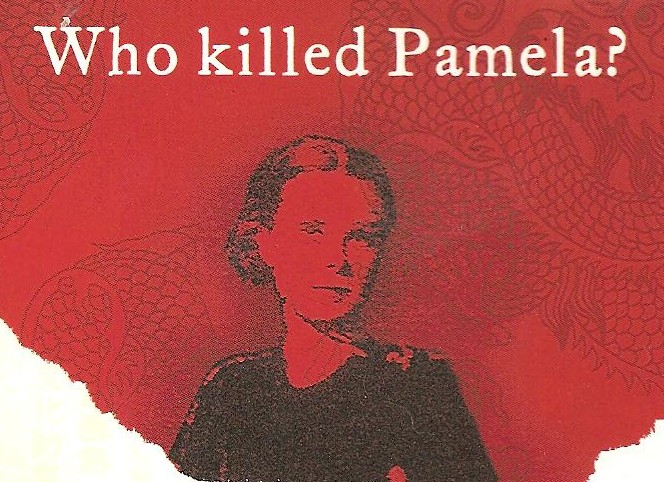 My week of books has somewhat extended as somehow I’ve been a little dilatory!

‘Midnight in Peking’ is a book by Paul French, subtitled ‘The Murder That Haunted the Last Days of Old China.’ 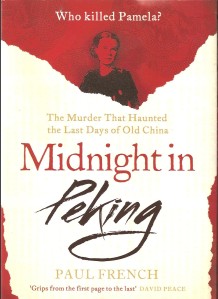 There is rather a comical story attached to me buying the book in Waterstones Weston-super-Mare, but it’s only really funny if you know me! The bones of my story of buying the book is that I’d heard an excerpt of it read on BBC Radio 4 and decided to get a copy. However by the time I got to the shop I had forgotten not only the name of the author but the name of the book as well.
“Hi, I wonder if you have a copy of a book set in China before the second world war… it’s not fiction, it’s a true story about the murder of a young English girl.”
Helpful assistant: “What is the title?”
Me: “Um.. something like ‘Murder in Old Peking’ … it’s written as a story but it’s true, and it’s really gripping; I heard it being read on the radio.”
Helpful assistant: “Who is it written by?”
Me: “Sorry, no idea, but it was an ordinary name like John or James or Richard somebody.”
Helpful assistant: “On Radio 4? We get a list of their books, I’ll have a look.” She consults the computer.
I mumble more stuff and then she calls over the handsome assistant.
Handsome assistant: “I think I’ve heard of that, just a minute…”
Both are now furiously tapping away at their computers while I witter on irrelevantly.
Handsome assistant: “‘Midnight in Peking?'” he reads a précis. “Who killed Pamela Werner? On a frozen night in January 1937, in the dying days of colonial Peking, a body was found under the haunted watchtower. It was Pamela Werner, the teenage daughter of the city’s former British consul Edward Werner. Her heart had been removed…?”
Me: “Yes! That’s it!”
I follow the handsome assistant through the store and he finds the last remaining copy…

It is a fascinating, and heartbreaking story. As a parent I was riven by what Mr Werner had to go through, appalled by the corruption of the various police investigators, disgusted by the cynical cover up of the British establishment trying to ‘save face’ before the Chinese…  ‘Midnight in Peking’ paints an intriguing and detailed picture of life in China before the war as the Japanese invaders were approaching, the decadence and depravity not only of the low life in the rough area known as the Badlands, but the duplicitous depravity of the ‘respectable’ American and European professionals.

Paul French has done an incredible amount of research which sits lightly on the narrative and yet informs and intrigues… and horrifies!