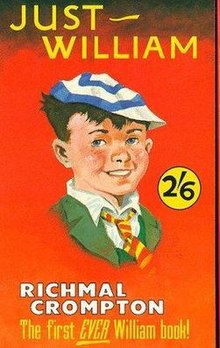 I’ve been thinking about children’s books, and those I read as a child since I wrote about them a few days ago. The library I went to in Ascam Road Cambridge had a hugely varied selection of books for children and I probably read most of them. I read most of the old classics, and also most of the popular post-war writers for young people, but I also read other stories by writers I’ve never hear anyone mention. For example, René Guillot, who I pronounced Reen Gillot – although my mum could have told me how to say it properly if I’d asked.

Rene Guillot’s books were set in Africa and I wasn’t surprised to find out that he lived and worked in Senegal; the books I read had animals as the main characters and they were books I loved and reread when I ran out of other things. I guess it led me to the Tarzan books and to my then favourite Rider Haggard.  Guillot was born in Courcourcy in France in 1900 and  studied science before becoming a teacher.  I wasn’t a child who was particularly interested in animals, but there were many books written with them as the main character. One I vividly remember was Foxy-Boy by David Severn; the main character was a young girl with whom i identified, and as in so many children’s books she was away from her parents, in this story, staying with an aunt. She finds a young boy who has been brought up by foxes – I ought to reread it as I can’t remember what the ending was, but I guess it was disappointment for the girl! David Severn was the pen-name for David Storr Unwin, son of  Stanley Unwin the publisher. I must have read other books by him as he wrote so many; some apparently included the paranormal and time-slip, the latter did fascinate me but strangely I’ve never written anything using the device. A writer famed for his use of it is Alan Garner; I don’t know how young I was when I first read his books, I think I heard them on the radio first before I ever read them. My reading and my listening often ran in parallel.

Now I have children’s books on my mind, I think I will begin to remember many more that I read when young!