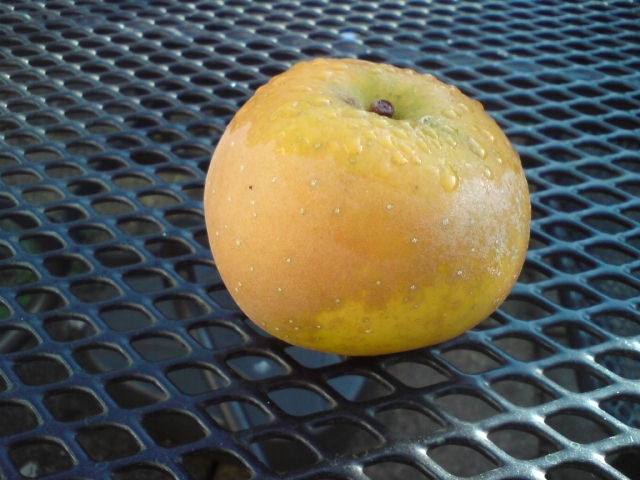 The apple barrel and a piece of cheese

I’ve been thinking about how often food crops up in books, not necessarily as a crucial part of the plot, but just as the scenery and detail to add context. However, sometimes there is a purpose in the mention of food – and for some reason I was thinking of one of my favourite books Treasure Island, which made me think of the apple barrel. The apple barrel was on board the Hispaniola, the ship that the the characters to Treasure island, in search of a fortune. The story is narrated by Jim Hawkins, a young lad, which was, I think the first time a book for young people (first appearing serialised in a magazine called ‘Young Folks’ 1881-2) had been written in this way. It is no doubt part of why it became such a success as well as being a cracking tale, which reads well today.

The importance of fruit and vegetables in a sailor’s diet had been long established by the time Treasure Island was written, so a barrel of apples must have been a normal thing on board a ship, and from a plot point of view – ideal! Just the place for a young lad to climb into, doze off and then overhear a dreadful plot! The apple barrel was a vital prop device in the story – but a less important but memorable food item in ‘Treasure Island’ is cheese – “You mightn’t happen to have a piece of cheese about you, now? No? Well, many’s the long night I’ve dreamed of cheese–toasted, mostly–and woke up again, and here I were!” Poor Ben Gunn, the marooned sailor, abandoned for three years, and dreaming of cheese!

Here is the apple barrel episode

Every man on board seemed well content, and they must have been hard to please if they had been otherwise, for it is my belief there was never a ship’s company so spoiled since Noah put to sea. Double grog was going on the least excuse; there was duff on odd days, as, for instance, if the squire heard it was any man’s birthday, and always a barrel of apples standing broached in the waist for anyone to help himself that had a fancy.
“Never knew good come of it yet,” the captain said to Dr. Livesey. “Spoil forecastle hands, make devils. That’s my belief.”
But good did come of the apple barrel, as you shall hear, for if it had not been for that, we should have had no note of warning and might all have perished by the hand of treachery. This was how it came about. We had run up the trades to get the wind of the island we were after — I am not allowed to be more plain — and now we were running down for it with a bright lookout day and night. It was about the last day of our outward voyage by the largest computation; some time that night, or at latest before noon of the morrow, we should sight the Treasure Island. We were heading S.S.W. and had a steady breeze abeam and a quiet sea. The Hispaniola rolled steadily, dipping her bowsprit now and then with a whiff of spray. All was drawing alow and aloft; everyone was in the bravest spirits because we were now so near an end of the first part of our adventure.

Now, just after sundown, when all my work was over and I was on my way to my berth, it occurred to me that I should like an apple. I ran on deck. The watch was all forward looking out for the island. The man at the helm was watching the luff of the sail and whistling away gently to himself, and that was the only sound excepting the swish of the sea against the bows and around the sides of the ship.
In I got bodily into the apple barrel, and found there was scarce an apple left; but sitting down there in the dark, what with the sound of the waters and the rocking movement of the ship, I had either fallen asleep or was on the point of doing so when a heavy man sat down with rather a clash close by. The barrel shook as he leaned his shoulders against it, and I was just about to jump up when the man began to speak. It was Silver’s voice, and before I had heard a dozen words, I would not have shown myself for all the world, but lay there, trembling and listening, in the extreme of fear and curiosity, for from these dozen words I understood that the lives of all the honest men aboard depended upon me alone.