Would still enjoy it?

My reading group doesn’t just meet together to discuss books we’ve read – we’ve become great friends and from time to time we go out together and do something different, usually with some passing nod to literature. Earlier this year we went to the chained library at Wells cathedral, and last night we went to the cinema to see The Seagull by Anton Chekhov – a live performance which had been filmed. I’m still not sure if we were seeing the live performance as it happened, streamed from Drury Lane in London, or seeing a recording of a live performance.

I’d read the play when I was still at school – not as part of the curriculum but because I just enjoyed reading plays, but it was a very long time ago and I have never actually seen it performed, so I was looking forward to seeing it, wondering whether I would still enjoy it. I was also looking forward to it as Emilia Clarke is in it, an actress I greatly admire. I had never seen a screening of a live play before, and I didn’t realise that the actors would be miked, so every word was clear, even when they whispered. For the most part we saw the whole stage, just occasionally we would see a closer image of the actors, especailly when there was a conversation between two of them.

We took out places and it started, and I confess my heart absolutely sank, and I inwardly groaned at the thought of sitting through the three hours of the performance. Then I told myself not to prejudge anything, but to be open-minded and judge it on what I was seeing, rather than any prejudices I might have, and was slightly mollified by seeing another favourite actor was performing, Robert Glenister. So what was it that had caused my heart to sink? It was the set. The three “walls” were big plain, wood-chip panels, completely bare of anything, the cast all barefoot for some reason, were wearing comfy, casual clothes, trackie bottoms, loose shirts or t-shirts, and were sitting on plastic chairs, usually in a row but which sometimes they moved… Oh no, I thought, and I went into old fogey mode of thinking trendy modern meaningless interpretation.

I really concentrated, I really tried hard, I was stunned at the skill and art of the actors, all of them in their different rôles, in the brilliance of the play, of the amazing way the script  had been made contemporary and up to date by Anya Reiss, I haven’t been able to get it out of my mind, but… There is a huge but, a massive but, an elephantine but – it might as well have been a radio play, the actors might as well have just sat there reading the play to us. Because everyone was on the stage all the time, even though sometimes chairs were shifted to suggest characters had left the scene, for the most part the actors just sat or stood facing the audience, reciting their lines, not looking at each other, not moving about, not indicating a subtle meaning by gesture or movement, and even when someone died the actor was still there sitting on the edge of the stage. It was incredibly confusing, I found it difficult to work out who the characters were, friend, lover, sister, mother, servant, visitor, friend – and also motive, emotion, who really loved whom, who was deceiving,, who was honourable, who was weak, who strong. I guess it was stripped back, bare, but why? Why, why oh why?

I got in a real mental muddle, and despite as I’ve mentioned, the quality and skill of the actors, much of it was lost as I puzzled what the heck was going on, and strove – really tried hard to maintain engagement, and to care! What was the point? What was gained? Did it show something of the essence of the individuals? Did it emphasise their feelings or motives, or explain their history? Not to me it didn’t. If it had just been bad (in my opinion) that would have been one thing, but it wasn’t exactly bad, it was marred by the tiresome idea behind the production and direction.

My book club friends felt pretty much the same, although some did enjoy it to a certain extent, but we all felt frustrated, I’m going to re-read the original, and then see if i can find a film of another production to watch – it is a wonderful play, after all! 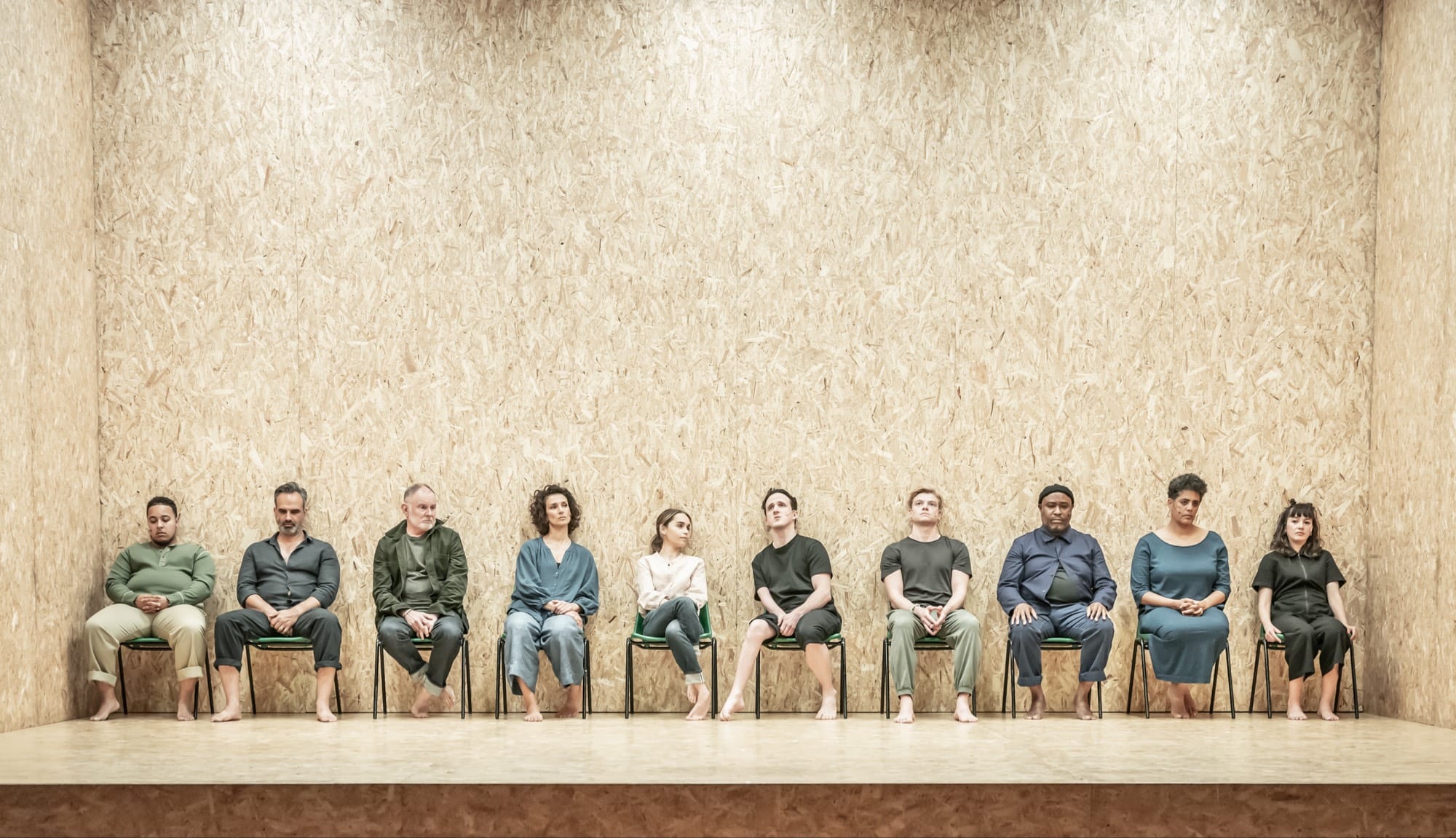