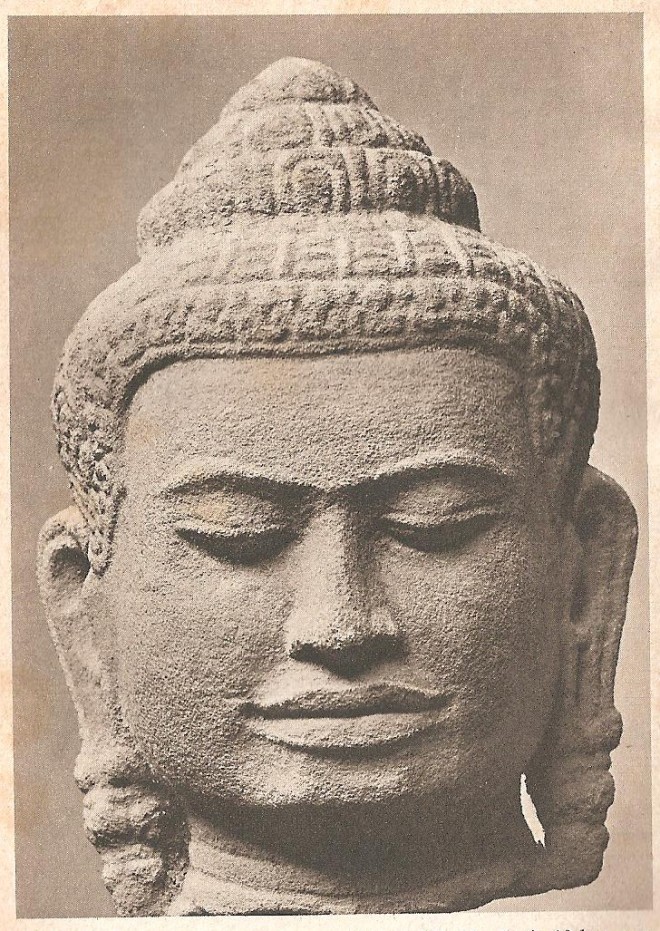 My first book about Buddhism

This was the first book I ever had about Buddhism, which I bought at a jumble sale at my junior school. The original one I had I lost at some point but I recently bought another at the Buddhist Centre I go to in Bristol. I think the one I have is a first edition, published in 1951, a significant year for me! I don’t know how old I was when I bought my original copy, probably nine or ten I would guess. 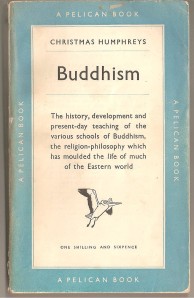 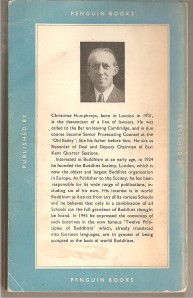 Reading it again now, I was amazed at how Christmas Humphreys himself sprang off the page. He was an extraordinary man, born in 1901 and living until he was 82. He was a barrister who was involved in the war crimes trials after World war II, and also the prosecution in three famous cases, Derek Bentley hanged wrongly for the  murder a policeman, Ruth Ellis who murdered her lover and was the last woman to be hanged in Britain, and Timothy Evans who was hanged but later found innocent of the murders of his wife and baby. Later he became a judge.

In this book, Humphreys starts his introduction with the question “What is Buddhism?” Through discussing the life of the Buddha, his ministry, the rise and spread of Buddhism, he gives a clear account of the teachings of Gautama Buddha and how they crossed the world and are still relevant today.  He then gives an outline of the different Buddhist schools and concludes with a chapter on Buddhism today (1949) and two appendices.

In the final chapter, Humphreys casually says “I myself attended some lectures ( at the old Buddhist society, founded in 1906) and having been interested in Buddhism since, at the age of seventeen, I first read Ananda Coomaraswamy’s Buddha and the gospel of Buddhism, I formed a Buddhist Centre in the Theosophical Society, of which I was a member. On he 19th November, 1924, the Centre became a Lodge… which in 1943 became the Buddhist Society, London.”