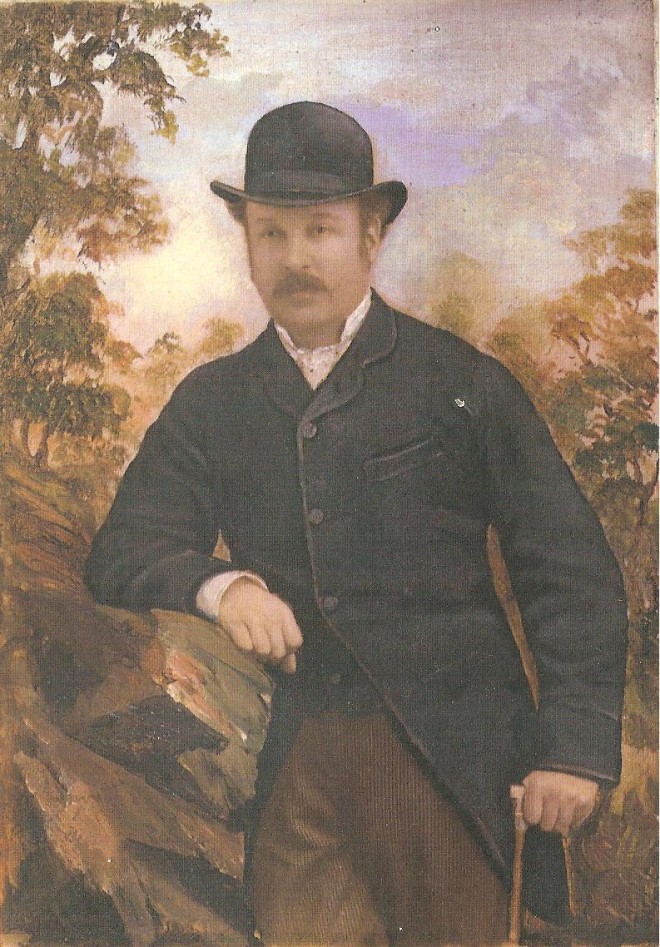 It was common in former times for Jewish families to change their names. There are many reasons for that,

Samuel Jacob Eliezer Zessel Moses, also with the name Wintzenheimer attached somewhere, was born in London in about 1808; his parents were Jacob ben Eliezer Wintzenheimer, and Clara bat Lazi Jonas who was Jacob’s first wife. Samuel had at least two sisters and four brothers, who changed their names to Moss. Samuel stayed as Moses and his thirteen children by his wife Rosetta were born with that name. Rosetta was another Moses, Samuel’s cousin and her brothers changed their names to Beddington.

Samuel’s son Louis was born in 1845 in Tasmania where the family had travelled to, five years before, to begin a new life as traders and merchants. At some point during his years in Tasmania  Louis, my great-grandfather, and his brothers, Edward, Ernest, Lionel and Howard changed their name to Walford.

Why Walford? I guess I will never know. The only clue is that one of the first Jewish settlers to Tasmania then known as Van Dieman’s Land, was a convict called Barnard Walford. Barnard had been born in Vienna and moved to London where he lived a precarious life and was eventually arrested in 1791 for stealing a petticoat and transported to the colonies, the usual punishment at that time. Barnard eventually became a free man in Tasmania and he and his wife ran a number of pubs. He was dead by the time my Moses family arrived, but his children were prominent members of the Jewish community in Hobart.

There was a family rumour that a Mr Walford was a member of the same Masonic Lodge as Samuel which was why Samuel chose that name for his children, but that sounds a little far-fetched.