Hot cross buns are one of those things that send thoughts flying back to my earliest childhood. I have the feeling that my dad Donald would ave got up early and cycled the mile or so to Maskell’s the bakers on the corner of Milton Road, Newmarket road and Victoria Road. The baker’s was just next to the Portland Arms Hotel where Donald grew up. 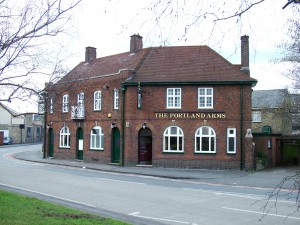 His parents had moved out the year before I was born, so he must have had mixed emotions as he cycled past. he would also have passed his old Junior School, Milton Road where he and his brother and sister received such a good education. In family tradition my sister and I went there  as did one cousin, and the children of another cousin. Sadly the school has now been pulled down; it was an example of a typical early twentieth century school architecture and it was a crime (another crime) by Cambridge council to allow it to happen.

Back to the buns… I think Donald would have collected a dozen warm freshly-baked buns and then cycled home where they would be popped in the oven, ready for breakfast on Good Friday  This was the only day at that time that there were hot cross buns in the shops… now they seem to be available all year round, another eroded tradition to mark special times of the year.

Hot cross buns are yeasted dough, enriched with egg and mixed spice and dried fruit, currants give the best flavour. The spice should make the inside of the bun specky and when you break it open there should be a heavenly waft of nutmeg, cinnamon,  clove and allspice. The bun should have a sticky glazed top marked with a cross, either a simple knife cut, or a flour and water paste cross, or using a template when brushing on the glaze.  The cross is obviously a sign of the crucifixion, and the richness of the bun breaks the Lenten fast for that breakfast. Hot cross buns should be served hot, and eaten with loads of butter.

As Easter approaches, and hot cross buns fill the shops, we do a taste-test, buying as many different makes of bun as we can over the couple of months they appear. over the years we have tried all sorts, and really don’t care for the novelty buns flavoured with odd things like Earl Gray tea, or with different fruit like cranberries, or even chocolate chips! Such things are not the traditional hot cross bun. Over the years we time and time again decide that the finest buns come from Lidl.