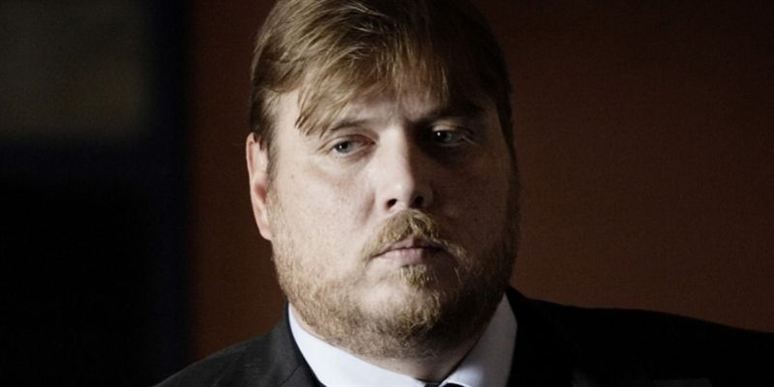 I’ve just been giving a talk to the Weston and District Family History Society… I mentioned Nicolas Bro… Here’s something I wrote about him a couple of yeas ago:

A really good actor, or even a really great actor, isn’t one who always takes the part of heroic or glamorous or even just plain nice people. Alec Guinness for example had rôles as heroes, but also played the most villainous of villains including Hitler. Richard Attenborough, even when he was a young pin-up boy, played the part of Pinkie in Brighton Rock, and then went on to play the creepiest character, of John Christie who murdered at least eight women and a baby.

One of my favourite actors is the Danish actor Nicolas Bro, who I first saw in the Danish TV series Forbrydelsen; Bro played the part of a Thomas Buch, young member of parliament who was promoted unexpectedly by the prime minister who thought he could control him because his lack of political experience and mild manner. Buch was a timid person but with a hidden backbone of steel who doggedly pursued the truth, even at the cost of his own reputation and position. Buch was in contrast to the other characters, he had to appear bewildered and frustrated and quite often a blustering buffoon – blurting out his thoughts and ideas unexpectedly. Bro’s acting was such that he couldn’t help being noticed in every scene he was in – not exactly stealing the scene but not a character who could be overlooked or ignored.

I have seen Bro in other rôles, including the historical drama 1864, but did not expect to see him in another Danish police procedural series I’ve been watching, Rejseholdet, titled Unit One in the UK. He appears in three episodes as Otto, the most repugnant character you could imagine; an arsonist who has an insatiable sexual desire, is violent towards his girlfriend, who has the mental age of a child, and who sets fire to a hotel, killing over thirty people including a child. Somehow, Bro manages to make the character of Otto not only believable but sad… Otto was fostered as a child by a woman who abused him, is isolated and has no friends except his girlfriend who is found murdered. His fascination with fire is in a way innocent, he has no concept of the harm which may be caused… extraordinary acting; I’m sure there aren’t many actors who would take on such a part, but Bro is superb.

Nicolas Bro will soon be seen on British TV in the third series of Broen, the Bridge… I can’t wait!