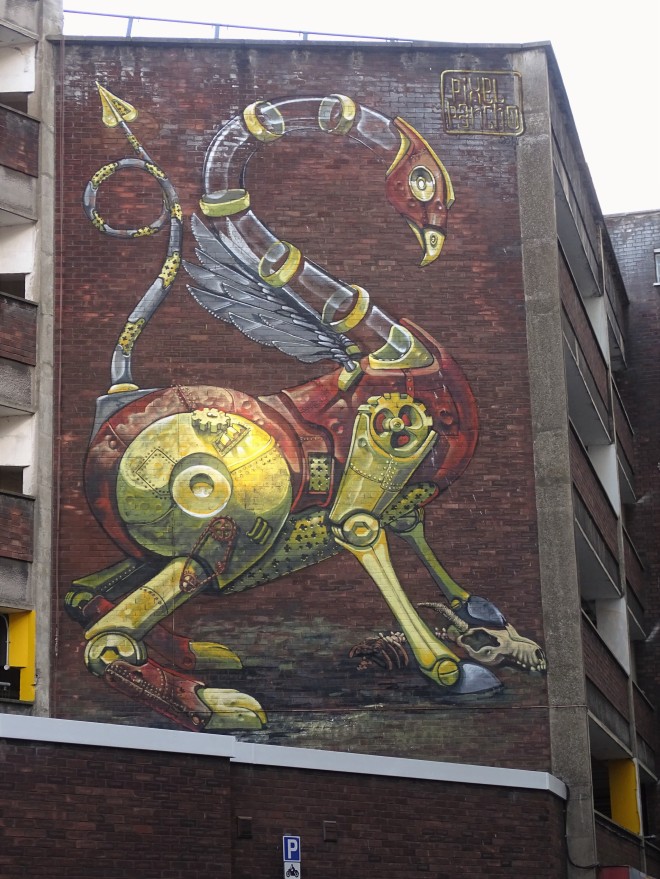 Haunting social media, I had an alert for a virtual reunion from my old school; it’s now an academy and has girls, but when I attended it was Strand Royal Grammar School. I was a scholarship boy and fortunately, because I was the speediest boy in the year, I became the school under 12’s rugby team fly half. I was good, I was modest, thanks to my mum and granny I could speak ‘posh’, and surprisingly, I became quite popular. However, I was always sensitive to the fact that I was a scholarship boy and came off the Hope council estate; Hope was the name of the village it was grafted onto, not any reflection of the aspirations of the residents.

I had a life outside school where I played down my posh grammar school snob persona, and being a big, strong, fast lad, could hold my own with anyone my age and many who were older. By the time I was fourteen my two lives, finely balanced, were pretty good. However, I always feared that somehow I’d be found out, that I’d be the Hope Estate lout, I’d be common, and be dropped like a greasy slippery rugby ball on an away pitch.

I did have some decent ‘real’ friends on both sides of the divide, I wasn’t in my heart a bad person, but they were kept in some no-man’s land of friendship, out of school and off the estate.

Nick came from a really bad home; at least my family were decent, loving to me and my sister, the stereotypical lower class parents working their hearts out to do the best for their children. Nick’s scummy family were broken in many ways, by alcohol and drugs, by aggression and mental instability. Somehow, Nick was a gentle lad, intelligent, imaginative, funny when he was with me, and a good friend even if he smelled a bit.

The one thing which kept him from being a target of the louts on the estate was his sense of humour; he could imitate any of the TV comedians, but his most popular was Frank Spencer, the victim comedian, the pratfall specialist. He suffered a lot of thumps and kicks in that role and I’m ashamed I stood by, trying to laugh convincingly. I’d apologise when we were on our own and he’d say it was ok, rather sadly, would pretend it because he was so desperate for my friendship. His desperation added to my burden of shame. I really liked Nick; he was so clever, so comical, so interesting – and, I guess, so brave.

His nickname on the estate was Clown, partly because of his antics, a dancing monkey forced to make others laugh to keep himself sort of safe. He had some sort of skin condition, which meant he had patches of hair missing, and tufts stood up randomly all over his head. His face was covered in red pimples and blotches, and purple scars from old acne. He had different coloured eyes, and even though Bowie had different eyes, no-one compared Nick to Bowie.

I thought we had few secrets from each other, although I kept my life at the grammar school shrouded in lies of the jolly time I had, how nice my schoolmates were, how they weren’t snobs and didn’t pick on me because I was off Hope Estate.

Nick kept a secret from me, and I wish a million times over that he hadn’t even though he did it for a sweet, typical Nick reason. He wanted to surprise me, he thought I would be pleased, happy, delighted… except I wasn’t, neither of us was, and in a way I destroyed him and destroyed our friendship. Oh we still hung out together outside school, but my betrayal was always between us. And then he went to sixth form college and I stayed on at the Grammar School and although we both went to university in the same city, me to Manchester Victoria University, he to Manchester Metropolitan – MMU, Micky Mouse Uni, we lost each other.

In our school days, not only was there an 11+, there was the possibility in some areas of a 12, 13 or 14+, and round our way it was the latter. I had passed the 11+ and as I mentioned, went on a full scholarship to S.R.G.S. I didn’t know that in the spring of our third year, at our different schools Nick had sat the 14+ and passed. He must have been so excited that he would be joining me at the school I’d told him so many stories about; he didn’t know they were lies, he thought he was joining a great group of mates…

It was the first day back in the fourth year, the start of our GCE’s. We were trooping up the stairs to the entrance area in front of the school hall to go into the first assembly of the new school year when I heard someone shouting my name

“Oy-oy! Willie John!!” I heard – I was called Willie John at school because I looked like McBride the Irish lock. “Oy-oy, look who says he knows you!”

I turned round and standing there in a patently second hand uniform, a couple of sizes too big and badly faded, his face a mass of acne and psoriasis, was Nick! I was shocked and horrified and it must have shown on my face, and to my own shame and mortification, for some reason, instead of saying, Nick,  I uttered the shocking nickname ‘Clown!’

“Come along boys, no shilly-shallying!” and we were urged into the hall.

“Who’s that spotty Herbert?” Wilson asked as we shuffled along the row of chairs.

“Just someone I knew from juniors,” I replied. “Move on, Jumbo, you big arse, let’s get in!” and I pushed the lad in front further along until we could sit down.

And that was it. I condemned poor, dear spotty, weedy Nick to be called Clown throughout his time at the Grammar School, just as he had been for all his former life. I doomed him to a continued life of bullying, and no longer could he amuse with Frank Spencer impersonations.

We were in separate houses, he was in Hillary, I was in Churchill, so we were only ever together for sport. I was always in the top teams, he was with the ones who no-one chose, or who had no kit;  he and the other ‘losers’ had to wander round picking up rubbish – more mockery and spite coming his way.

After Uni, we drifted apart and lost touch completely. When my first wife began to collect clowns and anything bearing their image, it was the beginning of the end of our marriage. When people talk about clowns and a hatred or fear of clowns, an invisible shudder shakes me to the core, and I could weep. I have a hatred and fear, not of clowns, but the person I was.