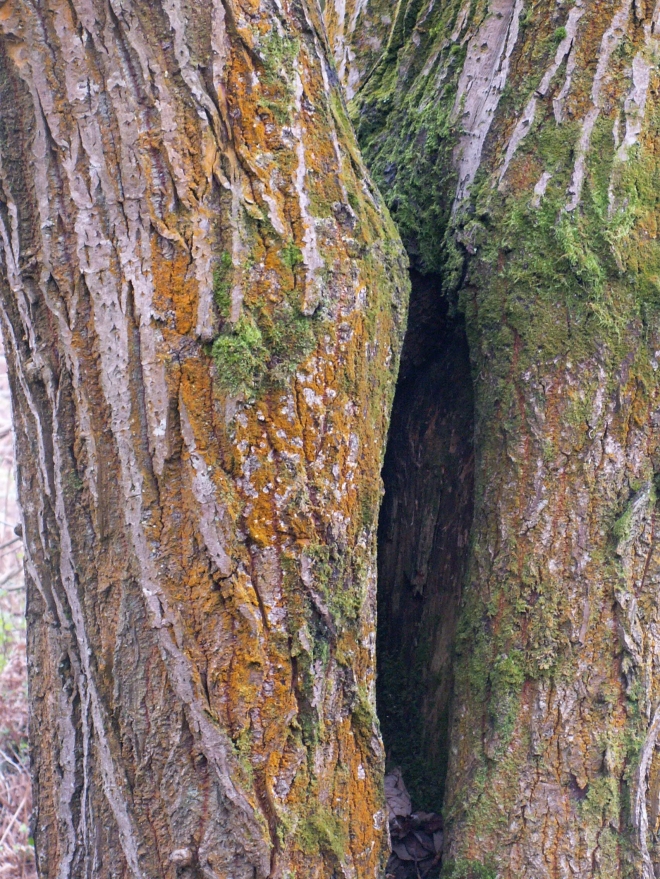 A bit of pruning

This is the next part of my long short story; Lol and Jess have moved into a virtually ruined house which they are renovating. After a couple of weeks they discover an old ruin in their grounds, completely covered in weeds, brambles and ivy.

3
Maybe I should have realised, but at the time, when we discovered this hidden structure in a distant as yet unexplored part of what we laughingly called ‘our grounds’, Lol’s spark of interest, his curiosity and enthusiasm for revealing the mysterious structure would lead to a typical obsession with it. Lol’s typical obsessions had in the past been relatively minor but sometimes expensive – from eating at every Pizza Express in our area to building a boat in the back garden of the rented place we’d been living in. He’d taken up embroidery, harmless, cheap and did not require much expensive equipment and space, astronomy which was all about space and did have a lot of equipment, books, fly fishing – not much fishing but the making of hundreds of flies… All these things were annoying but harmless, and although they irritated me because they never came to anything, they didn’t involve me, and, at the end of the day, we all have our interests and enthusiasms
So, discovering what lay beneath the mountain of climbers, shrubs, wild things and creeping, prickly things, became his latest obsession. We carried on with our renovations, stripping wall paper to redecorate, simple plumbing, boarding up broken windows until we could get someone in to replace them. When we stopped for lunch, Lol suggested we went down to what we now called the folly and he would pull away some of the ivy, making a heap for a bonfire. It would be a smelly old smoky bonfire with all that green stuff I told him. On a trip to town to buy some groceries and pick up some more things we needed for our work, sandpaper, screws and nails, hardboard, just bits and pieces, he bought a pair of secateurs. We walked down to the folly and he began to cut away the brambles and i continued to pull at the prickly things.
Time was strange and it was a strange time. Nothing differentiated our days, no weekends, no football practice, no badminton, no meeting friends for the pub quiz, we couldn’t tell what day it was. No TV, no radio, just music on our phones. It was liberating, and i felt we were making good progress. The idea was to do as much as we could while the weather favoured us, and to learn the house, and work out what we needed other people to do, how much we could do ourselves, and whether we wanted to knock rooms through, have an en-suite upstairs, a downstairs toilet, built in units…
So we stopped at what seemed like the middle of the day and we would have some lunch, and it became a habit to go down to the folly and sit on a rug and have our bread and cheese, or sandwich or whatever – except it became me sitting on the rug and Lol attacking the overgrown undergrowth or the undergrown overgrowth as I accidentally said. And the pile of cuttings grew bigger, but to my eye the folly looked as hidden and as concealed as ever.
We actually had a bit of a row, which was very unlike us, because I said it was time to get back to the house, and Lol wanted to carry on. I guess i was beginning to be fed up with living in chaos and wanted to press on to finish what we’d planned and then get some builders in. We’d given ourselves three months off work which seemed an eternity, but the days were flying past – I’d checked on what day it was and found I’d somehow missed several days and it was the 27th not the 23rd.
“I’m just going to clear the front of the folly so we can at least get into it!” Lol had shouted, yes, actually shouted, which was as I said, unlike him, and I’d shouted back “Well I bloody well want to get into our house without clambering over piles of stuff and camping not living!” Very unlike us to row.
“I’m just doing a bit of pruning, ok?” he said apologetically.
“OK, but don’t spend all afternoon doing your bit of pruning. I’m going back and I’ll make you a coffee – come up in quarter of an hour and it will be waiting and I’ll open the packet of custard creams.” I left him to it, knowing full well that he wouldn’t be back in quarter of an hour. A bit of pruning… it was more than that.