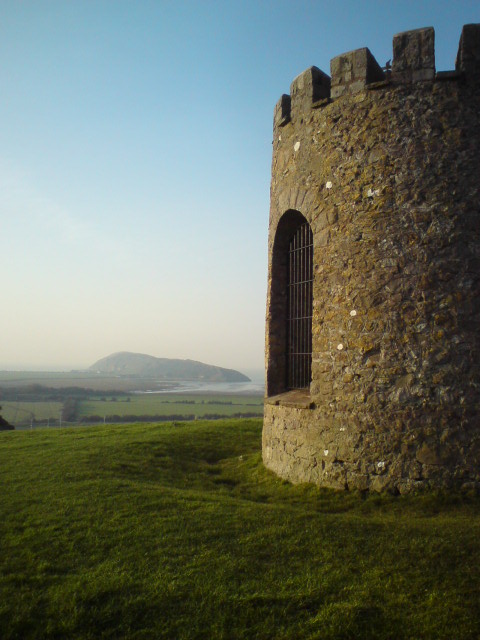 Our little village perhaps isn’t so little as apparently it has a population of over 8,000; however, looking at the map from which that figure is derived, the boundary of the village stretches slightly further than most people imagine. There are people of all ages in our village, just over fifteen percent are still at school, about thirty percent are drawing their pensions, and the rest are in between! There’s no industry in the village, but there are two pubs, a restaurant, a café, a village shop, a hairdressers, a sign-writers, a marina and campsite, farms and many other small businesses. There are two schools, a hospice and the town hospital. It’s very popular for local dog walkers, and local walkers, as well as tourists and holiday makers. Despite all that apparent business it’s for the most part a quiet place.

We’re often out in the garden during the day and the most usual sound is birds tweeting away and seagulls making their usual racket. There’s not a lot of traffic, but during the week and holiday times there’s the distant sound of traffic on the main road leading out of the area heading south. At quiet times and at night you can hear the trains racing from Bristol down to the southwest, or vice-versa,, from Cornwall and Devon up towards Bristol. Overhead there’s the sound of aircraft – not as many now as there used to be, and light aircraft and helicopters. There are heli-meds coming into the hospital, police helicopters on operations, helicopters involved in sea rescues and helicopters giving rides from the helicopter museum on the other side of town.

Our little cul-de-sac is particularly quiet, apart from vehicles using our end to turn round in, and the frequent vans delivering goods ordered on-line. Every week the local scrap metal merchant comes round – he has a tannoy and broadcasts a list of all the things he’s willing to collect – he virtually sings it, very much like the tradesmen in the olden days! In our garden we can hear our neighbours – next door’s son had a gang of friends over yesterday and there was a lot of laughter and a great time going on by the sound of it. The neighbours on the other side have been doing a lot of work on their house and garden, we can hear the banging and crashing, the cement mixers turning, drills drilling, hammers hammering, the children laughing and playing. At the back of us live a lovely family and in this summer weather they are often outside, the sons now have children of their own and we can hear the little ones – the delight of their grandparents!

Today there’s been another sound across the village; the local cricket club is having its summer bash at the clubhouse and grounds. From mid-morning was the sound of music, lots of jolly and cheerful tracks blasting out. The weather has been lovely so no doubt it has been ideal for the celebration. This evening there have been a couple of live bands (sadly not my husband’s) but they have been really good, so I’ve had my windows wide open enjoying the gig second-hand.  It’s winding down now, so soon all we’ll hear will be, the occasional car and the voices of people walking home from the pub.