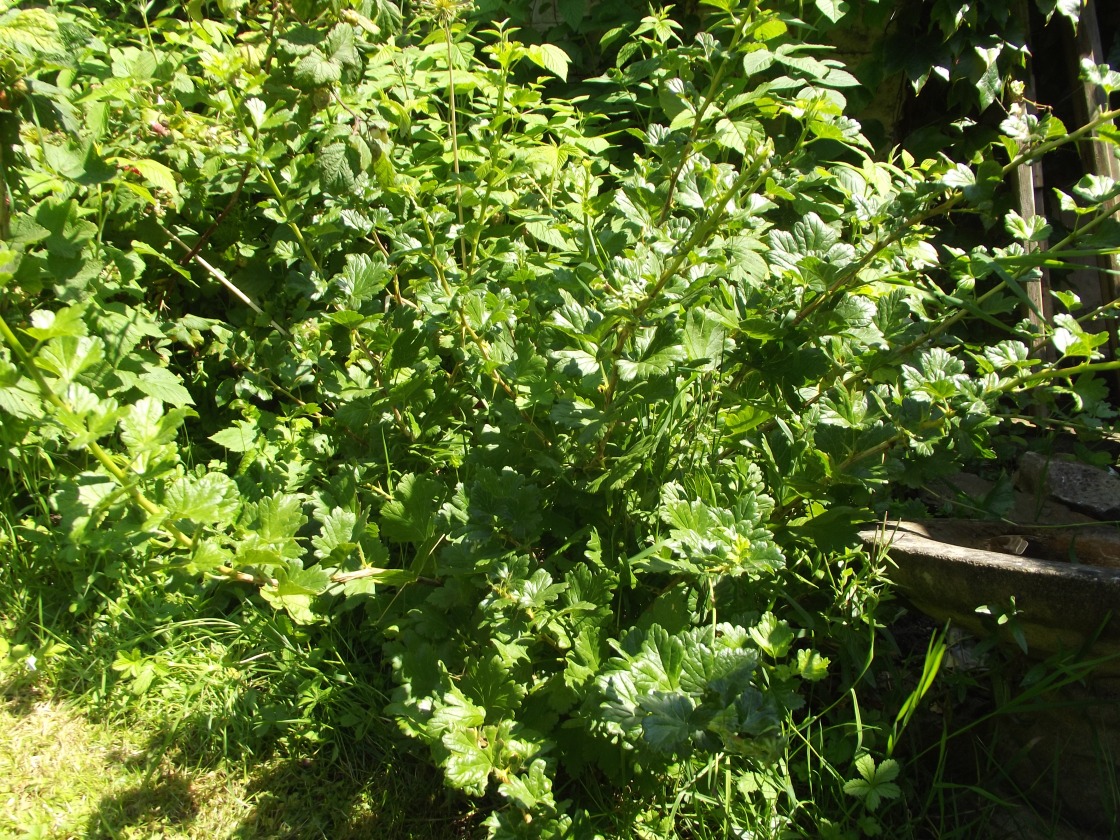 After my success with my gooseberry, raspberry and white currant cake, I wonder what to do with the gooseberries still hanging on the bush. her are plenty of recipes in my ‘Jams Jellies and Preserves’ book, published nearly seventy years ago in 1953. It was written by the wonderfully named Ethelind Fearon, and she has eight gooseberry recipes including ‘grandmother’s gooseberries preserved as hops’. I’ve mentioned this recipe before which sounds tricky for dubious reward, the process involving green gooseberries the size of walnuts de-seeded with a goose quill.

I always thought a gooseberry fool was a dessert made with custard or cream and gooseberries, simple but rather satisfying in an old fashioned way. Ethelind’s fool is rather different:

Cook a quantity of green gooseberries without water until the juice flows, then continue until they are soft, but not too long or they will lose their colour.
Rub through a coarse sieve.
Add an equal amount of heated sugar, boil till it jells and pot, you then have gooseberry fool ready at any time of the year.

How is this different from a gooseberry jelly, and what would t be used for – to put on bread and butter? To have with a dessert? To put between layers of cake? I don’t think there are enough gooseberries left in our garden to attempt to make this, although I’m not sure I would, even if I had!