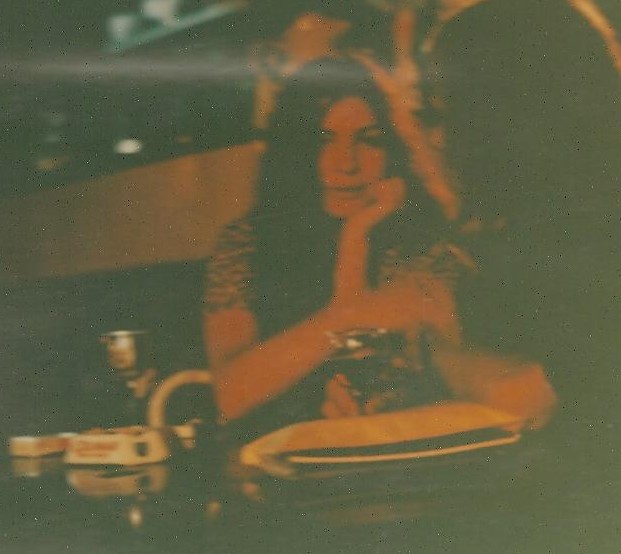 With this present hot spell which is a worrying advance note of things to come, people have been comparing it to the ‘the summer of 1976′. To quote the Meteorological Office: “The long hot summer of 1976 which eventually ended in September of that year, was the culmination of a 16-week dry spell – the longest recorded over England and Wales since 1727.” Unfortunately many people are quite cynical (or ignorant) about what the trend in rising temperatures and the record breaking heat much of the UK and Europe is struggling with. I’m not going to make any comment here, but I am going to think back to the summer of ’76. I mentioned a book set at that time to a friend just today, ‘The Trouble With Sheep and Goats’  by Joanna Cannon; it’s a book I very much enjoyed, but I was disappointed with the ending, the story seemed to run out of steam.

Back to my summer of 1976, I was in the south of France in Menton. Every year, between 1971 and about 1978 two friends and travelled down to the small border town in a mini-van, and camped in the tiny village of Gorbio. My two friends had a big tent which we used to store our things, including food, and where we’d recline on sleeping bags and socialise if we weren’t heading out down to Menton. We went there every year so it was a very familiar place, a home from home with the scent of pine trees and mimosa. Menton is nick-named the pearl of France, and we always thought it was, a perfect place, and once our holidays ended for ever, I mourned it for many years.

The south of France is always a pretty warm place, and although I’m sure there were times we were there when it was cooler, or it rained, or there were endless days of grey skies, most of the time it was exactly like you might imagine it. We spent so much time on the beach, most days we would go down and toast ourselves, the scent of Ambre Solaire must have hung over us in an invisible cloud! From time to time we would go down to the sea and swim and col down, then back onto our straw beach mats and dry off in the sun, pouring down in what we then felt was just glorious.

The summer of 1976 was hot right across Europe, but on checking up on it I have discovered that in fact –

The drought was especially intense in the northern half of the country, while in contrast the Mediterranean was more strongly affected by excess rainfall. This is due to the warm anticyclone usually covering the Sahara and the Mediterranean countries, made up of dry tropical air, which grew up and parked in northwest Europe and thus deviated depressions to the south.
http://la.climatologie.free.fr/secheresse/drought-heat_wave1.htm

I do remember raining days on holiday, but not on that particular holiday, because all my Menton memories have merged into one brilliant summer of camping, and sunshine, and sea, and reading loads of books! We bought English newspapers occasionally while we were away – no internet in those days of course, and we read about the conditions back in the UK. I remember reading one article about the danger of standing beneath big trees as sometimes they shed their branches when drought-stricken. I used that in a novel I wrote soon after returning to England – it was pretty dreadful and will never be shared anywhere! When I got home, back to Weston where my parents were living, Mum told me about the plague of ladybirds which had blighted the town for a while, the pavements thick with the insects which are usually so welcome and so jolly, but had become a pest.

I must trawl through my photos to see if I have any others from that time, if I find some, no doubt I’ll share them here! My featured image of me is from a French holiday, but I’m not exactly positive it was 1976.