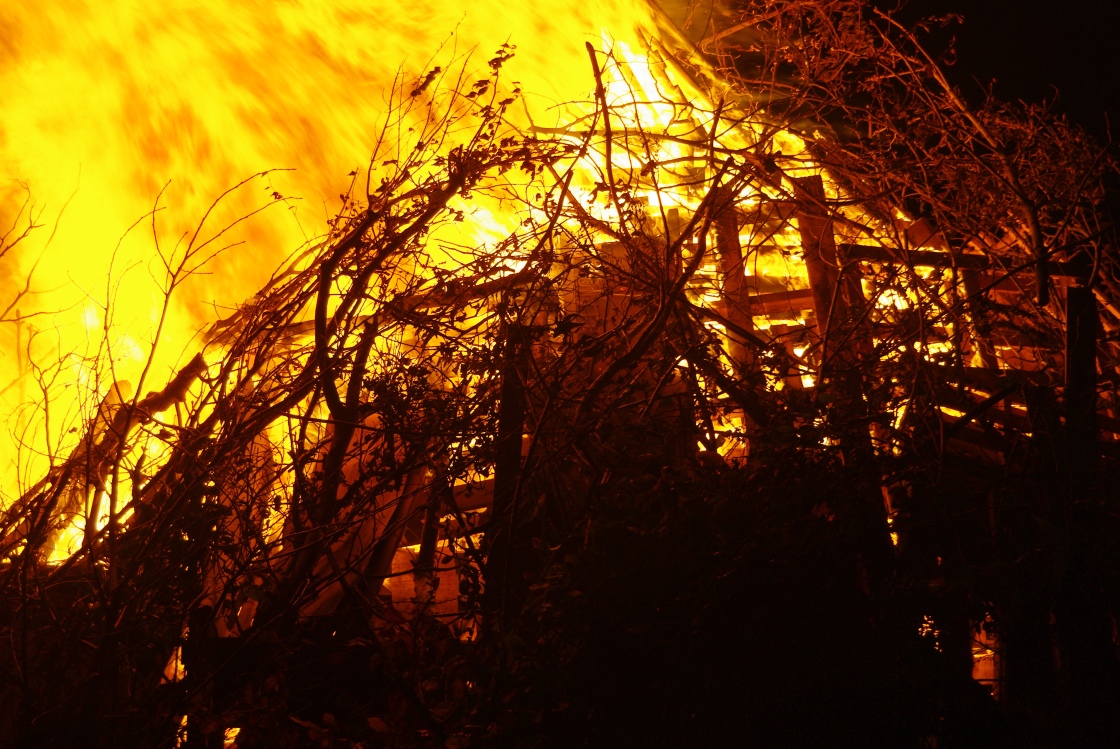 Maybe I have mentioned Mrs Pigeon before, she was a very old neighbour, she and her husband living in the flat next door. I don’t know how old I was when she moved in, maybe eight or none, and I have no idea how old she was, just ancient, bent over, grey-haired and grumpy. I only remember her husband as silent, chunky, and grey-haired too. They weren’t friendly at all unlike the people who had lived there before who were good friends to us, with children the same as age as me and my sister.

I have no idea what her first name was, maybe she was Pidgeon not Pigeon, Winifred Edith N. Pidgeon, who died in 1976 at the age of eighty-six, and maybe her husband was Joseph E. Pidgeon who died some time before her at the age of seventy-seven. I will never know. The reason she’s popped into my mind is that she was forever (or so it seemed) having bonfires, smelly, smoky, stinky bonfires – Mum would rush out and snatch the washing off the line so it didn’t get caught in it. And the reason I’ve been reminded of Mrs Pigeon’s bonfires is that the other day, as I was putting my washing on the line, I could smell smoke.

It was definitely bonfire smoke; growing up when people had fires in their houses because few had central heating, and would keep warm with coal or coke fires, paraffin heaters, electric or gas fires – everyone knew what was burning because smoke smells different. If someone had a bonfire, we knew if it was old sticks and leaves and garden rubbish, or green waste, or household rubbish; I don’t suppose we even though much about it, just registered the smell! Of course the best bonfire smell was on Bonfire Night!

Luckily for us – and my washing, it was only a small fire, which didn’t last very long – no idea what it was for, but another thing which told me it was only small, was the sound of it. I had remembered the different smells of bonfires, including Mrs Pidgeon’s smouldering, smoky smelly old fires, but I had forgotten that fire is not silent. I could hear the flickering of the flames, and I must say, it was quite nostalgic!