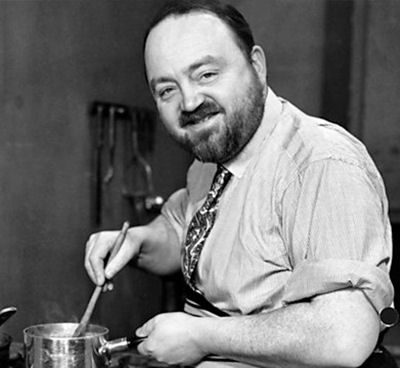 I wrote this last year, with exactly the same title, when we were emerging from the dark days of the pandemic. I thought then that although there might still be a struggle, slowly, slowly things would improve. How wrong I was. I’m not often pessimistic about our country, I try to look at the many positives. I am still trying to do that, but it’s becoming more and more difficult when so many people are really struggling on so many fronts, powerless to do anything about their situation, or the situation of others.  Not enough doctors/nurses/ambulances/support health workers, not enough police on the streets because there just aren’t enough police, simply not the numbers, not enough jobs, not enough pay, not enough support for those struggling.. oh the list could go on, and on, and on…

But enough of that. This is what I wrote last year, looking back to a previous tricky time and how people tried to cope with it. It’s a positive and optimistic piece by Philip Harben:

We have been through some very trying times, testing times and as ever in times like this, people look back to other hard and cruel times. There are many people alive in Britain who were born before the last war, and who remember living through that dark time. I’ve been rereading a little cookery book called ‘Cooking Quickly’ by that most delightful cook and early TV personality, Philip Harben. This little book was published in 1946, but must have been written at least a year before during another but different global crisis. He mentions the difficulties that those times brought to all, including or especially those who were cooking for families or friends when everything was rationed. This is what he says at the end of his introduction:

And now a word about Austerity. I am writing this at a time when we are heartily and miserably sick of that dreary word. But we are in the midst of a world famine, and no one can foresee what what food will be in the market by the time this book appears in print.
Therefore I have based my recipes on the assumption that rations will be very much as they are now (September 1946) but I am assuming that you are prepared to take a little extra trouble and even save up a few days’ rations for the sake of an occasional gastronomic spotlight to pierce the gloom. For instance, on present rations you cannot buy a rump steak every day. But once every so often you can certainly do so.
Dishes which require a special financial effort or rations-sacrifice, or a special stroke of market luck, I have marked with a * thus:
* Grilled beef steak
* Isobar kebabs
All those dishes which cannot be done in the present state of word affairs I have held back against the hope of better times, and the hope my publisher might decide to issue a further edition of this book in which such things may have a place.
All the other dishes in this book can be done on ordinary workaday rations.

I must try and find a later edition of this book to see if indeed he does alter his recipes! Here is one of the two he mentions:

Thread on a skewer half-kidneys, chipolata sausages and mushrooms, in this way: first stick the skewer through one end of the chipolata so that the other end hangs down. Next thread the skewer horizontally through a half-kidney. Now bring the free en of the sausage round and push it so the sausage wraps itself half round the kidney. Push it down to the handle end of the skewer and put on a small mushroom next. Push this down next to the sausage-kidney combination, repeat with another sausage-kidney arrangement, another mushroom or a tomato, and so on until the skewer is full. Grill for about ten minutes.
This wrapping of the sausage round the kidney is not just for fun. The two coalesce and fuse together into a very tasty combination.
Of course all sorts of other things could be put on this Kebab – steak cubes, pieces of lamb, calves’ liver, bacon and so on.

Philip has other recipes for kebabs, Turkish (lamb) and beef – another example of foods which think of as modern have actually been popular for much longer than we give credit to the cooks who cooked before us!