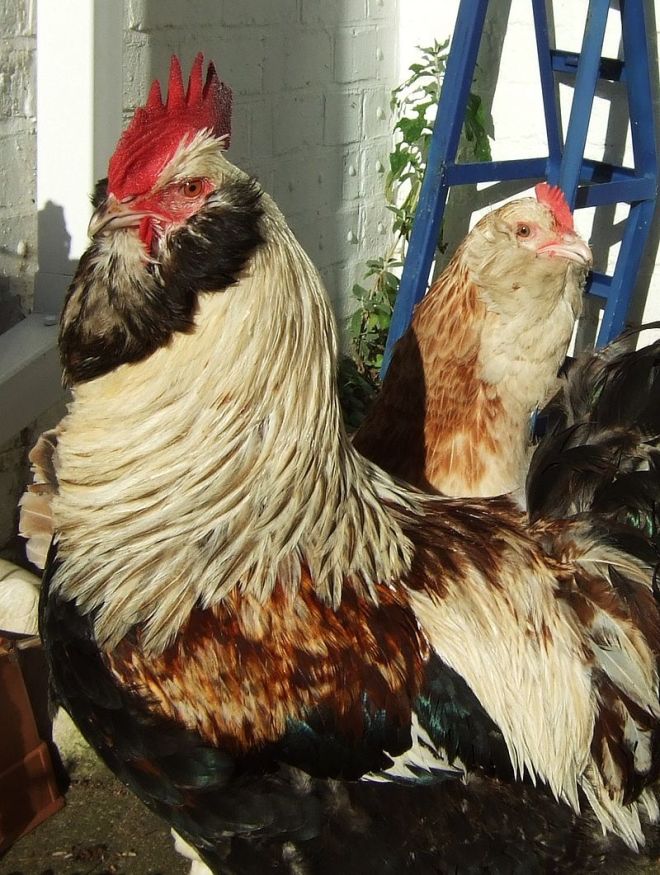 I don’t know if it’s me, my age, my propensity to muddle, or if it’s just one of those things which happens from time to time, but I feel as if I’ve lost a day – maybe I was time-travelling, maybe I was on an astral plane, maybe I’d accidentally walked through the back of a wardrobe. I seem to have arrived at  les trois poules françaises without realising it was so close to the arrival of the splendid game bird in a fruit tree. Yes, it is Christmas Eve Eve, and in my backwards gallop towards the partridge in a pear tree, I have arrived at three French hens.

What exactly are French hens? Obviously if i went to France and saw some chickens clucking about I would understand that they were French hens, but is there a specific type of chicken which is called ‘a French hen’? Well, the favourite chicken in the answer to the question seems to be the Faverolles. Even if there is only one of them it is still called Faveroles because that is the name of the village where it was first bred. ‘The breed was developed in the 1860s in north-central France, in the vicinity of the villages of Houdan and Faverolles’ says Wikipedia.

When I was little, our friends who lived next door had chickens, white ones as I remember; however that’s all I remember. Another early chicken memory is when our family stayed in a gypsy caravan somewhere in Norfolk, I think. We ate outside and I remember my sister crying when one of the roaming chickens pinched her breakfast – I’m not sure if her crying was anger, fear or because her breakfast disappeared. I guess it was fury that the creature she had been admiring and talking to was so mean as to take what was on her plate!

Thank you very much to Stephen Jones who generously shared this lovely photo of a male and female Faveroles on Wikipedia.